Bangladesh youth cricketer Saleh Ahmed Shawon Gazi was hospitalised after taking a hit on his head during practice ahead of the ICC Under-19 World Cup 2016.

Chittagong: Bangladesh youth cricketer Saleh Ahmed Shawon Gazi has been hospitalised after taking a hit on his head during practice ahead of the Under-19 World Cup, media reports here said on Thursday. The spinner took a blow to the head while going for a return catch during a practice session here on Tuesday, U-19 team coach Mizanur Rahman told bdnews24.com. Gazi was rushed to a local hospital for tests. The coach confirmed that the injury was not a serious one. “Shawon underwent a CT scan. He might be kept at the hospital today,” team manager Sazzad Ahmed said.

The hospital’s medical officer Shawon Badua said Gazi’s condition was syable. However, he was being kept in hospital for observation. The young orthodox spinner was adjudged Man-of-the-Match for taking 4 for 24 in the first match of the recent Youth one-day series against the West Indies. He took another 3 for 19 in the second match before being rested in the third game.

Hosts Bangladesh will take on defending champions South Africa in their first tie of the U-19 World Cup at the Zahur Ahmed Chowdhury Stadium here on January 27. Bangladesh have rarely done well in Under-19 World Cup cricket, where teams such as India, Pakistan, and South Africa tend to excel. However, the Bangladesh under-19 team can take a lot of confidence from the fact that their senior team beat all three teams — India, Pakistan, and South Africa — in series at home in 2015. Given that Bangladesh Under-19 will be playing at home, the advantage cannot be discounted. 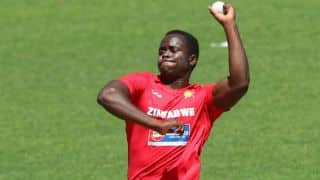 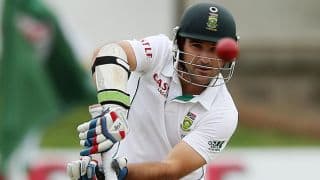