Tamim Iqbal was found to have breached Article 2.1.1 of the ICC Code of Conduct for Players and Player Support Personnel.

Bangladesh batsman Tamim Iqbal has been fined 15 per cent of his match fee for breaching Level 1 of the ICC Code of Conduct during the fourth day s play in the Dhaka Test against Australia on Wednesday. Tamim was found to have breached Article 2.1.1 of the ICC Code of Conduct for Players and Player Support Personnel, which relates to conduct that is contrary to the spirit of the game. In addition to the fine for his breach of Article 2.1.1, one demerit point has been added to Tamim s disciplinary record. Since Tamim had come into the match with one demerit point against his name, he is now on two demerit points. FULL CRICKET SCORECARD: Bangladesh vs Australia 2017, 1st Test at Dhaka

Pursuant to Article 7.6 of the Code, if Tamim reaches four or more demerit points** within a 24-month period, they will be converted into suspension points* and he will be banned. Tamim had received the earlier demerit point during the second Test against Sri Lanka in Colombo on 16 March 2017. Wednesday s incident happened in the first session of the fourth day s play when Tamim debated continuously with the umpires while the Australian batsmen were changing their gloves regularly. Shortly thereafter, he approached Matthew Wade and gestured towards him to leave the field upon his dismissal. ICC Test Rankings: Shakib Al Hasan s dominance continues; Shai Hope gains 60 places

After the match, Tamim admitted the offence and accepted the sanction proposed by Jeff Crowe of the Emirates Elite Panel of ICC Match Referees and, as such, there was no need for a formal hearing. The charge was levelled by on-field umpires Aleem Dar and Nigel Llong, third umpire Ian Gould, all from the Emirates Elite Panel of ICC Umpires, and fourth umpire Anisur Rahman. Level 1 breaches carry a minimum penalty of an official reprimand, a maximum penalty of 50 per cent of a player s match fee, and one or two demerit points. 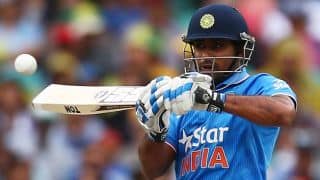 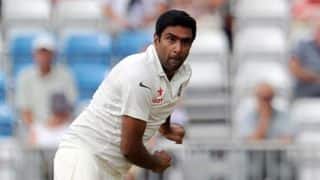