Earlier, even Adam Gilchrist suggested the idea of handing over the gloves to Peter Handscomb, an idea that even Steven Smith pondered upon once.

Allan Border raised question over Matthew Wade’s position in the Australian side post their defeat in the first Test against Bangladesh at Mirpur. Australia lost the Test by 20 runs. Wicketkeeper Wade scored 9 runs from 2 innings and conceded a total of 30 byes in a Test that saw 52 byes being conceded overall. Wade is the frontline wicketkeeper in the side but Border suggested Peter Handscomb to take over the gloves in order to make room for an extra batter. ALSO READ: Shakib Al Hasan: Australia will show more respect to Bangladesh after Dhaka Test

“I think Matty Wade’s position in the side is another question mark,” Border told Fox Sports News. “He really struggled behind the stumps, which is his key role, and again with the bat. So they may look at putting Handscomb in as the wicketkeeper and playing an extra batsman. I thought (Wade’s) keeping was improving, but once you go to the subcontinent you really test your skills out there. It’s difficult, but 30 byes in that last Test match was pretty telling, wasn’t it? He’s not producing enough runs with the bat to compensate for the keeping. So he’s the one under the most pressure.”

However, it seems that Wade enjoys skipper Steven Smith’s backing. Despite Wade struggling for long, Smith had said, “Matty, in India, had some good innings without going on to get a big score,” Smith said. “His plans were really good and the way he plays spin and adapts is really good, so it would be great if we could have him go on and get a big score. It would be really good for his confidence and his keeping would benefit from that as well. He’s been working really hard, he’s got (newly appointed Bupa Support Team member) Brad Haddin on board now as a fielding coach and someone that he can work with really closely, and he’s going to benefit from that for sure.”

Earlier, even Adam Gilchrist suggested the idea of handing over the gloves to Handscomb, an idea that even Smith pondered upon once.

Does Handscomb want it?

“It’s an interesting one. I was doing some white-ball keeping for Yorkshire in England (this year) as well. Ultimately I’m happy to do it if it’s good for team balance, if it opens up a position for another bowler or batter to come into the side. But first and foremost I’ve always said that batting is my number one (priority), and ‘keeping plays second fiddle,” Handsomb was quoted as saying in cricket.com.au.

Border makes sense when he talks about the stop-gap arrangement. Wade does not give enough confidence with the bat, he lacks leadership in the middle and isn’t as good a wicketkeeper Peter Nevill is. He is definitely under pressure and it is time for Australia to look ahead. 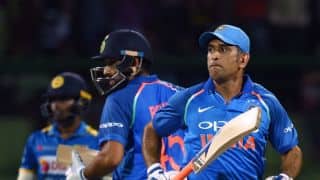 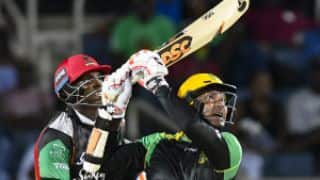