Mentioning about how well David Warner and Peter Handscomb have batted, Smith said there still is room for the team to improve and they should get it done by the next series and the Ashes.

Despite victory in the second Test and a drawn Test series against Bangladesh, Australia captain Steven Smith was unhappy with his team s batting performance. Australia have slipped to the fifth spot in the ICC Test Rankings. They had multiple batting collapses in the series which led them to hand Bangladesh their first Test victory against Australia. Mentioning about how well David Warner and Peter Handscomb have batted, Smith said there still is room for the team to improve and they should get it done by the next series and the Ashes. Bangladesh vs Australia 2017: Marks out of 10 for visitors

“I still think have a lot of improvement in us,” Smith said in the post match conference, as quoted by cricket.com.au. We probably let ourselves down at times throughout this Test match. I thought our first-innings bowling was very good to restrict them. Our first-innings batting, obviously the partnership between ‘Petey’ (Handscomb) and ‘Davey’ (Warner) was fantastic.

“And then we got ourselves into one of our collapses that we’ve had. I think we’ve had 15 collapses in our last 14 games, our analyst told me yesterday. That’s not good enough for an Australian cricket team. That’s something we really need to work on. We need to rectify that come the next series and the Ashes.”

“I’d say that probably 95 per cent of batting is mental and decision-making. I think unfortunately we’ve probably been making the wrong decisions and getting ourselves in some trouble. It’s something that we need to work on. I don’t think it’s technical a lot of the time. Guys just have to make better decisions consistently and hopefully be able to build some partnerships in the middle. We’ve got off to some pretty good starts quite a lot of time and then the collapse starts. We have to find ways to work with your partner out there and get another partnership going and stop the rut as such. It’s on each individual and the batsmen that are out there to do that and do that for the team,” he added.

Australia s next assignment is a five-match One-Day International series in India, followed by a three-match T20I series. Earlier this year, they lost the Border-Gavaskar Trophy in India 1-2. That was another series where Australia’s batting collapses did not help the cause. The draw series in Bangladesh means that they have not won a series in subcontinent in over 6 years now. 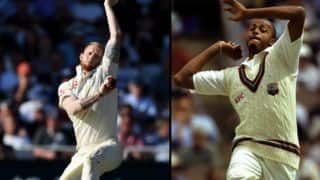