Australia s subcontinent woes continue. Captain Steven Smith lamented that the team has failed to learn from their previous mistakes.

Australia s subcontinent woes continue. Captain Steven Smith lamented that the team has failed to learn from their previous mistakes. Australia had lost the first Test against Bangladesh at Mirpur by 20 runs. They were undone by Shakib Al Hasan, who claimed 10 wickets in the match and scored 84 in the first innings. Australia looked on course at 158 for 2 in pursuit of 265. David Warner scored a century and Smith, the world s best batter in this format, looked unconquerable. Unfortunately, a couple of wickets dug inroads in the Australian camp, from which they never recovered. We made a few errors, a few guys getting out in ways they ve got out before and not learning from their mistakes, which was a bit disappointing, Smith told the reporters after the Mirpur Test. ALSO READ: Shakib Al Hasan: Australia will show more respect to Bangladesh after Dhaka Test

You ve got to keep trying to learn and keep trying to get better in these conditions. It s a difficult place to play when the ball is spinning from ball one of the game but both teams were on the same wicket. We just weren t good enough on this occasion. The batting in the first innings let us down but the partnership between Shakib and Tamim as well, that was a big turning point in the game. We had them under a bit of pressure at one point and three for not many and we just weren t able to break that partnership, and 260 on that first day was a pretty reasonable score.

Australia have not won a series in subcontinent in over six years now. They lost 2 series to India in 2012-13 and 2016-17, to Pakistan in 2014-15 and were whitewashed 0-3 by a rebuilding Sri Lanka in 2016. A loss at Mirpur does not provide them an opportunity to win a series in Bangladesh. However, they can still level the series with a win at Chittagong.

While specialist batsman Usman Khawaja and wicketkeeper Matthew Wade failed to reach double-digits in the Test, bowlers Ashton Agar and Pat Cummins did quite commendably.

I think we probably let ourselves down in the first innings with the bat. A few guys got starts and we weren t able to go on with it. I thought we did pretty well to be fair to get (244) on this wicket in the second innings. It was certainly a lot more variable bounce and the ball was turning a lot from day one. But we let ourselves down in the first innings, we needed to get a lead there and we weren t able to capitalise on that and get in front of the game at any point. We were always chasing our tail, admitted Smith.

Me and Warner should have finished it

The Australian batting has been heavily reliant on Smith and his deputy Warner of late. They were both dismissed by Shakib. Partly blaming himself and the centurion Warner for not taking ownership of the share, Smith added, That s the thing with these conditions: you can never let up and think the job is done. It was probably up to me or Davey to be there at the end and really guide us home. Another collapse, I think 8-86 or something like that. It s disappointing that we had another one of those collapses. 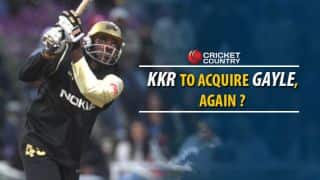