The first One-Day International (ODI) between Bangladesh saw many twists and turns as England after a shaky start lost the momentum in the middle but did extremely well to post a total of over 300 in their 50 overs. The last 10 overs saw England scoring 89 runs as their skipper Jos Buttler played a much needed cameo of 63 runs off 38 deliveries. Bangladesh bowlers started off well but cut loose in the middle as England took the advantage of it and played particularly well against the spin in the middle-overs to post such a massive total. Bangladesh batsmen will have to come out hard and get the ball rolling from the outset at Mirpur. LIVE CRICKET SCORECARD: Bangladesh vs England, 1st ODI at Sher-e-Bangla Stadium, Dhaka.

England won the toss and elected to bat first on a surface, which looked conducive for batting. Jason Roy and James Vince started off the proceedings for England and ensure a decent start for the team. just when things were looking good for England, Vince was dismissed for 16 by Shafiul Islam as Bangladesh drew the first blood. Ben Duckett and Roy tried to weather the early storm but the latter fell prey to Shakib Al Hasan’s persistence. Roy played well for his 41 but failed to middle a tossed up delivery from Shakib and landed up safely into the hands of Sabbir Rahman at long on. Duckett played exceptionally well on his ODI debut and made the most of his opportunity by smashing a fifty in his maiden game.

Jonny Bairstow walked in at four but failed to make any impact as he was run out for a duck. England at this position were in all sorts of trouble and needed a partnership from someone to bail them out. Ben Stokes walked in and had a lot of expectations on his shoulders. He took on the Bangladeshi bowlers from the outset and sscored runs in boundaries. Bangladesh dropped many catches, which didn’t serve their purpose in any way. The importance of cupping catches in this format is well-known and Bangladesh certainly cut loose on this front. They dropped Stokes on several occasions and so as Ben Duckett.

Stokes made the utmost use of his chances and scored his maiden ODI hundred and a much needed one. Stokes scored eight boundaries and four sixes in his innings to steer his side in a commanding position. Duckett was dismissed while attempting to shift gears after which the skipper Jos Buttler took charge. Buttler played some beautiful strokes in the end and helped England post a fighting total on the board. He looked in good touch and the exquisite timing in the 46th over to Shafiul Islam was a delight to watch for every cricket fan. Buttler accelerated in no time and went down the track to Shakib Al Hasan in the 47th over to collect couple of sixes. Hitting Shakib for a six inside the V demands some serious skills and Buttler certainly did everything right to get some priceless runs lower down the order. ALSO READ: BAN vs ENG, 1st ODI: Ben Stokes smashes maiden ODI ton

Shafiul Islam was introduced in the 47th over with intent to restrict the runs but it wasn’t to be as Buttler didn’t show any mercy. He took on Islam and scored couple of boundaries and a massive six to get to his fifty. He played with immense confidence and dealt in boundaries. While on 49, Buttler smashed a lovely six to get to his fifty in style. Bangladesh bowlers were running out of options and looked clueless in front of Buttler. Chris Woakes stood firm at the other hand and supported Buttler well. Taskin Ahmed tried to test him with some serious pace in the 49th over but Buttler was too good for him to handle. There was another opportunity for the Bangladeshi players but lack of co-ordination gave Buttler another reprieve as the ball landed safely between two fielders.

The final over was bowled by Shakib and he did a commendable job with the first four balls as he didn’t leak too many runs and got rid of the hard hitting Buttler for 63. Buttler played a wide full toss into the hands of long off as the bowler sw him charging in and tossed it wide. It was some smart change of bowling by Shakib as he changed his line at the very last moment. Shakib bowled a magnificent last over and got the key wicket of Buttler. Buttler’s cameo powered England to a massive total of 309 for the loss of eight wickets in their 50 overs.

Bangladeshi bowlers did a good job initially but Stokes and Buttler batted exceptionally. Mashrafe Mortaza, Shaiful Islam and Shakib Al Hasan had two wickets each to their name other than them every bowler struggled. The target looks huge and Bangladesh will have to come out fighting as England have some serious depth in their bowling department along with couple of spinners. Their batsmen need to get things going from the start as the asking run-rate is over 6 right from the beginning of the innings. They have the firepower to chase down the target and will be a true test of character and diligence. Expect a thrilling run-chase once Bangladesh batsmen come out to bat. 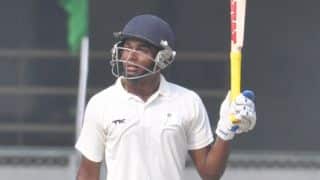 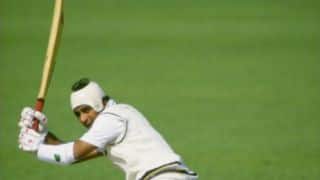