Bangladesh middle-order batsman Sabbir Rahman keeps his team’s hopes alive despite losing early wickets as they play England on Day Four of first Test. The two teams are playing at the Zohur Ahmed Chowdhury Stadium, Chittagong and England have put up a target of 286 runs for Bangladesh to post a historic victory at home against the tough opponents. Bangladesh could not get a very good start as they lost Tamim Iqbal and Imrul Kayes early on the day but later on, Sabbir Rahman took on the responsibilities and brought the confidence back in the team to keep them in hunt. FULL Cricket Scorecard: Bangladesh vs England 1st Test at Chittagong

At lunch, the team had lost two crucial wickets already. While Tamim had scored only 9, Kayes played a useful knock of 43 runs that helped the side get over the loss of Tamim smoothly. Bangladesh needed a big partnership to bring in the stability post lunch as well as get runs on the board but wickets kept falling in regular intervals. Mahmudullah departed soon after lunch being lbw on a Gareth Batty delivery. The next to follow him was Shakib Al Hasan. Shakib has been effective with the ball in favourable conditions but failed to play big knocks in both the innings, increasing the hosts’ problems even more. Sabbir, along with skipper Mushfiqur Rahim then started taking things forward slowly.

Sabbir did a great thing to pick the loose deliveries once he was set. The cricketer hit the first six of the day followed by another maximum and a four. The sudden boost of quick runs took a lot of pressure away from the home side and kept the hopes alive for them to win the match and gain the advantage in the tournament.

England resumed batting on Sunday morning in a hope to add some more to their already challenging target but their innings did not last long. While they had ended Day Three at 288 for 8, they could only add 11 more runs before losing 2 wickets. Stuart Broad departed early on the day, being run out, and Taijul Islam dismissed Gareth Batty a couple of overs later to end England s innings at 240 all out, letting Bangladesh to chase 286.

Batty opened bowling for England and Tamim and Kayes opened the hosts batting. The two looked to start things off slowly and steadily. Visitors Skipper Alastair Cook kept switching between Moeen Ali and Batty for the first few overs and the trick worked as Tamim fell for a Moeen delivery. The bowler had appealed for a similar dismissal a delivery back but it was unsuccessful. The next delivery was outside off-stump, and got a thick inside edge to land in a diving Gary Ballance s hands. Mominul Haque joined Kayes at the crease.

The wicket, however, did not affect the run flow as the two batsmen started hitting freely to propel the runrate. The two batsmen ensured that there is one boundary in every over that took the runrate over 5. Rashid Khan got rid of Kayes in his very first over of the day. Kayes tried to sweep the ball but it kissed his gloves and landed in Joe Root s safe hands. 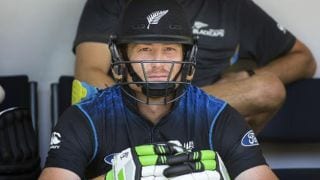 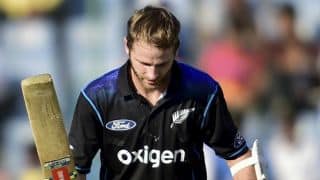