England, without their regular skipper Eoin Morgan, best batsman Joe Root and opener Alex Hales, have made a promising start to a short series and will like to seal the fate of the series with another win.

Bangladesh and England meet for the second One-Day International (ODI) at Shere Bangla stadium, Dhaka. England won the first of the three-ODI series by 21 runs and have a 1-0 lead in the series. England, without their regular skipper Eoin Morgan, best batsman Joe Root and opener Alex Hales, have made a promising start to a short series and will like to seal the fate of the series with another win. On the other hand, Bangladesh will look forward to leveling the series and keeping it alive till the final ODI at Chittagong. After an evenly contested first ODI, the second match is also expected to add sparks to the series. FULL CRICKET SCORECARD: Bangladesh vs England, 3rd ODI at Sher-e-Bangla Stadium, Dhaka.

Talking about the series opener, England won the toss and opted to bat. With Hales not accompanying Jason Roy in this tour, England tried James Vince in the first match as make shift opener. Both the openers got England to a decent start. However, Vince would have liked to score a big one to cement his place somewhere in a strong England ODI side but he perished after scoring 16. Roy looked in his usual best and got runs at a brisk rate. Eventually, Roy fell for 41 off 40 balls and after Jonny Bairstow departed without opening his account, England were in a spot of bother.

The visiting team s batting was rescued by newcomer Ben Duckett who looked confident in the middle and stitched a vital 153-run stand with vice-captain, Ben Stokes. Though Duckett missed out on his maiden international hundred, Stokes scored his first ODI ton. Stand-in skipper, Jos Buttler, looked in ominous touch with a crucial fifty lower down the order which propelled England s score above 300.

England s new set of players found it tough to face the humid conditions in Bangladesh but stuck to their game plan of keeping wickets in hand and scoring quickly in the last ten overs. Chasing a daunting task of 310, Bangladesh were up for a fight and showed character in the stiff chase. The chase was a reflection on how much they have improved as an ODI side. Their biggest setback was losing experienced opener, Tamim Iqbal, early. Tamim went for 17 but comeback man, Imrul Kayes, carried on from where he had left in the practice game prior to the match. ALSO READ: BAN vs ENG, 2nd ODI: England’s likely XI

Bangladesh maintained a good run-rate in their chase but their key players came and went. Sabbir Rahman, Mahmudullah and wicketkeeper-batsman, Mushfiqur Rahman departed after good starts. Kayes was left alone but finally Shakib Al Hasan came to his support. The run-rate was mounting after every over but they still kept the hosts in the game and took the score, slowly along with calculative risks, to 271 for 4. Anyone would have thought it was Bangladesh s game by then as the fans were cheering in unison and supporting them.

Buttler, in his debut match as skipper, rotated his bowlers well which gave England a chance to stage a late fight back. Chris Woakes was in control of the proceedings with the ball but it was Adil Rashid and debutant Jake Bell s spells which changed the complexion of the game. Bell struck with early blows for his side while Rashid applied the brakes on Bangladesh s scoring by tossing up the ball and inviting the batsmen to go for glory shots.

Rashid s regular breakthroughs and Bell s last spell brought the game back in England s kitty which was looking totally out of hands. Rashid removed centurion Kayes while Bell came back to hunt down Shakib and Mosaddek Hossain. Late flurry of wickets cost Bangladesh a game which they were expected to win. Their settled batsmen would be blaming themselves to not see the team get past the finish line but have only themselves to blame. How quickly will the hosts recover from this jolt will be essential in their upcoming performances in the last two ODIs. ALSO READ: Bangladesh vs England, 2nd ODI: Key clashes for high-voltage encounter

Bangladesh did give a new-look England side a tough fight and had their nose ahead in the last few overs as well. They can still take positives heading into the second ODI and try to get over the finish line in their next attempt. England were tested but credit goes to Buttler who marshaled his troops well and his boys responded with both bat and ball. England were in trouble both with bat and ball but their players responded well. Their catching was upto the mark while they kept unsettling the home team in a big chase with regular dents.

Nonetheless, England know the conditions on offer but their boys were seen struggling or fighting it out in humidity. Bangladesh will want to derive something out of this and make them work hard for their runs and wickets. England still go as favourties in the second match with youngsters like Bell delivering whereas regular players like Rashid, Buttler and Stokes being at their very best.

Bangladesh have to get back to their disciplined bowling efforts, as seen against Afghanistan, and draw the series before both teams head to Chittagong for the final game. Another well-fought match looks on cards as there is not much to separate both teams on paper but Bangladesh need to maintain a steady head. Bangladesh will like to maintain their successful record in home with recent wins and try to win a series coming from behind. 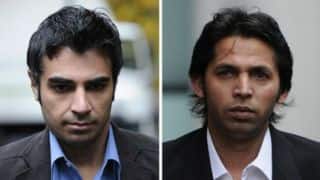