Bangladesh will want level the series 1-1 after narrowly missing out on winning the first Test against England at Chittagong.

Bangladesh and England are set to clash against each other in the 2nd Test at the Sher-e-Bangla National Stadium in Mirpur, Dhaka. Both teams are engaged in a fierce 2-Test series, where the visitors’ came out victorious in the first match at Chittagong. A match which was expected to be a one sided affair, Bangladesh took England’s might with all their force, and ensured that the game went into Day five. Bangladesh and England fielded sides which boasted of reputed players and fresh faces alike battling for glory amidst individual brilliance. Bangladesh went in for the kill, playing a spin oriented attack while England opted for an experimental opposition. FULL Cricket Scorecard: Bangladesh vs England, 2nd Test at Mirpur

Bangladesh skippered by Mushfiqur Rahim showed that the team is not to be taken lightly. Bangladesh fielded as many as three debutants in their side with Mehedi Hasan and Sabbir Rahman coming out in flying colours. Mehedi rattled their likes of Gary Ballance, Joe Root and Jonathan Bairstow. Mehedi used the element of surprise to great use, knowing how troubled the England batsmen are against spin. Sabbir who has consistency showcased his talent in the shorter format of the game, proving to the world how versatile he can be. Sabbir consumed the pressure and remained the lone-warrior in the second innings. ALSO READ: Bangladesh vs England: Jonny Bairstow elated to break Andy Flower’s record

England, on the other hand, went for a mixture of experience and youth, more of an experimentation than anything. England travel to India post this series, which will be a litmus test for Cook and his troops. Cook opted for Ben Duckett as his opening partner, which did not fair well for the debutant. Duckett made just 29 runs in the match. England banked on Gareth Batty to have a remarkable return which turned out to be a dampener. England’s box office player Ben Stokes made a grand entry in the Test arena with a superlative show with the bat and ball. Stokes moment of stardom came in the early morning session on Day five of the 1st Test where he snapped final 2-wickets of Bangladesh to hand England a 22-run win. ALSO READ: Bangladesh cricket unleash dollar and rouble on Zimbabwe

The second match at Mirpur is all set to be a blockbuster affair between both the side as Bangladesh will want to avenge their defeat, while England will want to continue their winning momentum heading into the India series. For Cook and his men it will be the last time they could tinker with their side as it is an apt situation for them. England team management has already hinted that they will play Zafar Ansari in the side given his expertise with the ball and bat. Ansari in all likelihood will replace Batty who was a no-show in the first Test

It will be one last opportunity for the likes of Jake Ball and Chris Woakes to cement their place in the Test side. With James Anderson out of India series it leaves a big gap in their bowling unit. England famed batting unit in Cook, Root, Ballance and Duckett will be under pressure to come into form as soon as possible.

For Bangladesh, this could very be a resurgence series when it comes to Test cricket. Bangladesh did not show any signs of rust in the first Test at Chittagong as their last Test against South Africa in 2015. Without their main spearhead Mustafizur Rahman, Shakib Al Hasan took on the bowling responsibilities by himself and almost spun his team to victory.

Shakib along with Mehedi and Taijul Islam for a potent 3-man spin trio which could, on any given day spin a web around England batsmen knowing their history against the turning ball. Their batting will again depend on Tamim Iqbal’s guidance and Rahim’s sturdiness. Tamim played much like a responsible batsmen in their first Test in the first innings making 78 valuable runs. Rahim curbed his aggressive nature and looked solid in the second innings helping Bangladesh near the target set by England. 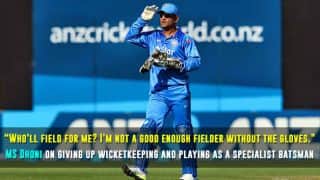