England will look to continue their winning momentum in ODIs whereas Bangladesh will look to dismantle the visitors, like they did against Pakistan, India and South Africa in 2015.

Bangladesh will square off with England in the third and final One-Day International (ODI) series at Chittagong with the series leveled at 1-1. Both teams have been remarkable in shorter formats for the past year or so, be it Twenty20 (T20I) or 50-over format. England won the first ODI by 21 runs in a remarkable fashion but Bangladesh came back strongly in the second ODI to win it by 34 runs. This sets up a riveting finale between the No. 5th ranked England and Bangladesh are stationed No. 7, above West Indies and Pakistan. The live streaming of the match will be available on Star Sports HD 4, Star Sports 4. Meanwhile, the online streaming will be available on hotstar.com. Catch all the live action and ball-by-ball commentary of this encounter at the following link: FULL CRICKET SCORECARD: Bangladesh vs England, 3rd ODI at Mirpur

England will look to avenge the loss they suffered to Bangladesh in the last ODI which had an intense finish with players from both camps indulging in some heated verbal spats. Jos Buttler, Mashrafe Mortaza, Mahmudullah, Tamim Iqbal and Ben Stokes were involved in some banter on the field which mainly sparkled after Buttler’s dismissal. Speaking about the series, England have been good once, with the bat and ball, whereas Bangladesh have regrouped quickly after their shocking defeat in the series opener. England are without regular skipper, Eoin Morgan and Mr. Dependable, Joe Root. Nonetheless, England’s newcomers like Ben Duckett and Jake Bell have been impressive while the team has fought hard against a much improved side. From the hosts’ line-up, Mahmudullah, Mortaza and Shakib Al Hasan will be their main players who will like to guide their team towards another bilateral series win. ALSO READ: Bangladesh vs England, 3rd ODI, predictions and preview: Hosts eye historic victory

While England will look to continue their winning momentum in ODIs, Bangladesh will look to dismantle the visitors, like they did against Pakistan, India and South Africa in 2015. 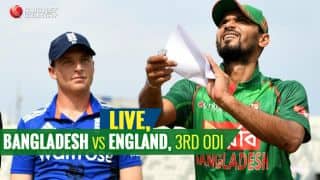 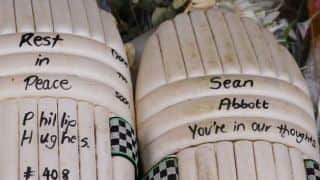