Bangladesh vs England: Pacer Al-Amin Hossain called back for 2 ODI

Bangladesh vs England: Pacer Al-Amin Hossain called back for 2 ODI

Bangladesh on Sunday recalled paceman Al-Amin Hossain to their 14-man squad for the first two one-day internationals of a three-match series against England.

Bangladesh on Sunday recalled paceman Al-Amin Hossain to their 14-man squad for the first two one-day internationals of a three-match series against England. Al-Amin was left out of the side for the home series against Afghanistan, which ended on Sunday, after Bangladesh won the final match by 141 runs to take the three-match series 2-1. Left-arm spinner Mosharraf Hossain, who played his first ODI in more than eight years against Afghanistan on Saturday and impressed with the figure of 3-24, has been retained for the England ODIs. Left-arm spinner Taijul Islam and paceman Rubel Hossain were dropped after their poor performance in the first two matches against Afghanistan. Bangladesh will play their first two ODIs against England in Dhaka on October 7 and October 9.

“We brought back Al-Amin as we found Rubel lackedmatch-fitness after coming from a long injury lay-off,” selector Habibul Bashar told AFP. “He (Al-Amin) was always an option as he was part of our ODI pool. Mosharraf impressed against Afghanistan. So we also retained him,” he said. ALSO READ: Bangladesh vs England: Jos Butler optimistic about security issues

The third and final match of the series will be held in the southeastern port city of Chittagong on October 12. England will also play two Test matches against the hosts during the month-long visit. A 15-member England ODI squad arrived in the Bangladeshi capital Dhaka on Friday and was immediately met by a security detail. 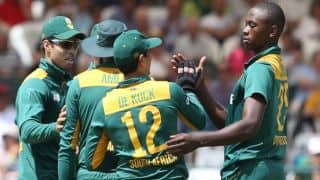 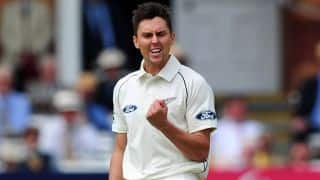