Bangladesh coach Chandika Hathurusinghe warned against expecting "miracles" from his side in the forthcoming Test series against England.

Bangladesh coach Chandika Hathurusinghe warned against expecting “miracles” from his side in the forthcoming Test series against England beginning next week. Bangladesh won six consecutive one-day international series since November 2014 before England ended their brilliant run with a 2-1 win in the three-match series this week. But they have not played a Test since facing South Africa in July last year when only three days of play was possible due to rain. The long break from five-day cricket matches prompted the Bangladesh coach to send a warning message to the nation’s cricket-mad fans ahead of the two-Test series. Full Cricket Scorecard, Bangladesh vs England, 1st Test, Mirpur

“You can t have plans if you don t have ammunition. You can manage what you have, and that’s what we are thinking,” Hathurusinghe told reporters in Chittagong, which will host the first Test from October 20-24. “We will keep developing a strategy in the long-term. Don t expect us to do miracles straight away,” he said. READ: England s tour match in Bangladesh: First day cancelled due to unplayable pitch

“If we happen to win the game, well and good. We are on the way. It will give us a lot of confidence. I am not too worried about what I don’t have. I am trying to maximise what we have. Hathurusinghe lamented the absence of competitive domestic first-class tournaments, which denied Bangladesh players an opportunity to develop.Bangladesh has two first-class championships the National Cricket League and franchise-based Bangladesh Cricket League but neither of them has.

Bangladesh has two first-class championships — the National Cricket League and franchise-based Bangladesh Cricket League — but neither of them has regular schedule and often the matches are held in under-prepared grounds. “I can t try players at the international level, which is the unfortunate thing in Bangladesh cricket that we are facing,” said Hathurusinghe.

“We have had a lot of injuries and players lose form because we haven’t played for a long time. We don t know where the fast bowlers are at this stage. It is a matter of just trusting the players that we have in our midst and being patient,” he said.

Bangladesh won just seven of their 93 Tests with five of their wins coming against fellow strugglers Zimbabwe. Their second Test against England will begin in Dhaka on October 28. 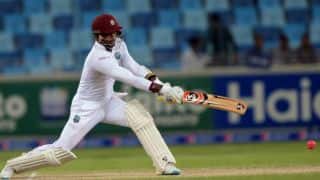