Bangladesh will continue to face stern challenges on the tour of New Zealand, as they will have to prove their T20 prowess after faltering in the ODIs.

Bangladesh will continue to face stern challenges on the tour of New Zealand, as they will have to prove their T20 prowess after faltering in the ODIs. New Zealand thrashed Bangladesh 3-0 in the ODI series, and the probability of yet another one-sided show in the T20Is remains high with the visitors struggling across formats as a unit. Bangladesh played ordinary cricket throughout their ODI series in New Zealand despite arriving with big promises, and a revival in a few days since their last defeat at Nelson by 8 wickets is highly unlikely. The first T20I will be played at Napier on Tuesday, whereas Mount Maunganui will host the remaining two games in the series.

Bangladesh are without Mushfiqur Rahim, and despite strong performances from the others in Imrul Kayes, Shakib-al-Hasan, Tamim Iqbal and Sabbir Rahman, they have remained winless. For Bangladesh, registering an away win, that too against New Zealand, will be a considered a huge achievement. The unpredictable T20 format provides Bangladesh an opportunity to surprise New Zealand, but for that, they will have to deliver performance as a unit. Kayes and Tamim the top-run getters in the ODIs will be Bangladesh s biggest hopes since big targets can be tricky in this format even for the best of the batting line-ups.

Kayes scored 119 runs in 3 ODIs at 39.66 with one fifty, and Tamim made 113 scoring a half-century, averaging a little less than 38. Shakib got a half-century, and Bangladesh will have their hopes pinned on these three to do the bulk of scoring in order to put pressure on New Zealand. In the bowling department, Shakib once again topped charts with 5 wickets and Mustafizur Rahman grabbing 4 wickets in 2 games.

Bangladesh have enough firepower in their ranks across departments to register surprise wins. The presence of experienced cricketers in Mahmudullah, Rubel Hossain and Taskin Ahmed help them keep hopes alive, but the visitors are up against the No.1 ranked T20I side and that too in their backyard.

Only once in the ODIs was the 300-run mark breached, but Bangladesh faltered after having taken advantage.

On the other hand, New Zealand will like this phase wherein a lot of wins are being added in their account. The Kiwis were coming off away defeats to India and Australia, and their 3-0 win has brought this team back into the winning momentum. Even though the squad remains without their key players such as Ross Taylor and Martin Guptill, New Zealand have enough in their ranks to prevail over Bangladesh without much difficulties.

An aggressive batsman in Tom Bruce has been added in place of Guptill, who was ruled out of the three T20Is due to hamstring injury. Ben Wheeler also comes back into the side after a gap of six months or so. But the likes of Colin de Grandhomme and Lockie Ferguson will continue to attract eyeballs. De Grandhomme has been a revelation for New Zealand so far in his return, whereas Ferguson is yet to make his T20 debut. De Grandhomme will be playing his first T20I in four years if selected.

Bangladesh have never defeated New Zealand in T20Is. They have clashed four times and the Kiwis have prevailed with significant margins. The Kiwis will be expected to carry on with their domination over Bangladesh in this series as well. 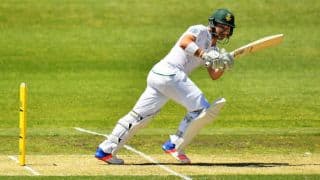