Ross Taylor said he likes to represent the country in all the three formats and to get the call for only ODI series was very saddening.

Wellington: Veteran New Zealand batsman Ross Taylor has expressed disappointment at being dropped from the recently-concluded three-match T20 series against Bangladesh, which the home side went on to clean sweep. Taylor said he likes to represent the country in all the three formats and to get the call for only ODI series was very saddening. I was disappointed to be out of the T20 side. I love playing all formats for my country and to get the call on Boxing Day was disappointing. You’ve got to respect the selectors’ decision. To answer it back with two 80s [in the Super Smash] was nice but at the same time it is nice to be back in Test cricket, ESPNcricinfo quoted Taylor as saying.

Meanwhile, Taylor was also not allowed by the New Zealand Cricket to play in the Big Bash League (BBL) this season due to their play-travel rule. The Australian batsman revealed that while New Zealand coach Mike Hesson was happy to let him go to Australia, NZC CEO David White did not allow him.”He was all for me going but David [White] had other reasons. He didn’t want me to go with the play-travel rule, and he didn’t think it was a good idea with such a big summer ahead. I had a chat with him. He had his reasons.

As it worked out I probably wouldn’t have played anyway, with the side strain [which he picked up during the Super Smash and from which he has fully recovered now]. It is what it is, he explained.

Taylor, however, now prepares for his first international match since undergoing eye surgery when New Zealand host Bangladesh for the two-match Test series beginning on January 12 in Wellington. 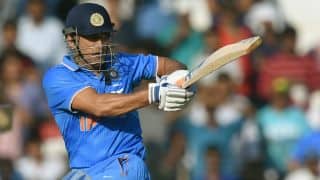