Bangladeshi users can catch the live streaming of the second day's play here.

Bangladesh and Pakistan face off on Day 2 of the second and final Test at the Sher-e-Bangla Stadium in Dhaka on Thursday. Pakistan were perched comfortably with a score of 323 for three at the end of the first day’s play, with Azhar Ali batting on 127.

Azhar shared a third-wicket stand of 250 with Younis Khan (148) to rescue the tourists from 58 for two after Bangladesh captain Mushfiqur Rahim won the toss and elected to field in Dhaka. Live Updates: Bangladesh vs Pakistan, 2nd Test at Dhaka, Day 2

Both batsmen were lucky to reach three figures after being reprieved by no-balls even as Bangladesh struggled to overcome the loss of strike bowler Shahadat Hossain in the day’s first over.

Shahadat, who replaced the injured Rubel Hossain for the decisive Test, collapsed on his follow through after sending down the first ball and hobbled off the field after his second delivery. Live Scorecard: Bangladesh vs Pakistan, 2nd Test at Dhaka, Day 2

Catch the live telecast of the Bangladesh vs Pakistan 2015, Second Test Day Two at Dhaka on Gazi TV in Bangladesh.

The live streaming of cricket matches is becoming a trend these days. The cricket fans who are not near television sets or cannot watch the match for some other reasons, can follow the ball-by-ball action of the cricket matches online. The latest mobile phones and tabs that are very handy, and can help people to follow live cricket matches on the internet. Live Streaming: Bangladesh vs Pakistan, 2nd Test at Dhaka, Day 2 (For Pakistan users) 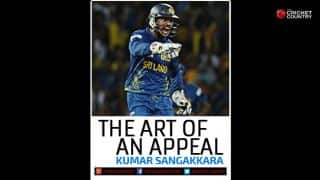 Gautam Gambhir, Kumar Sangakkara, Stuart Broad, and other cricketers who should write books 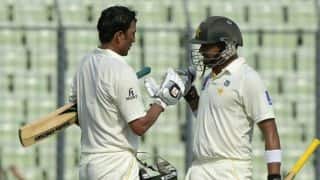