Tamim Iqbal and Mahmudullah were batting on scores of 65 and 68 respectively.

Bangladesh reached a score of 150 for the loss of two wickets at the end of 36 overs, with Tamim Iqbal and Mahmudullah batting on scores of 65 and 68 off 97 and 99 deliveries respectively during their warm-up encounter against Pakistan at the Blacktown Olympic Park Oval in Sydney on Monday. The pair added 134 runs for the third wicket, with Mominul Haque being the last batsman to depart on a score of seven with Bangladesh reeling on 16 for two.  LIVE BLOG: Bangladesh vs Pakistan ICC Cricket World Cup 2015 warm-up match 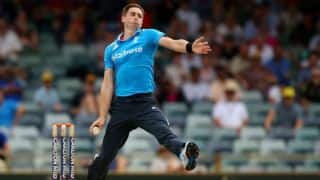 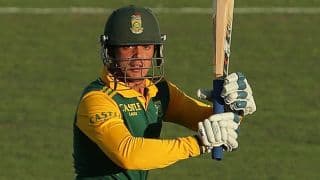