Hashim Amla joined Graeme Smith to become second in the list of most number of hundreds for South Africa.

Hashim Amla and Dean Elgar zapped Bangladesh as the total mounted to 411 for 1 at lunch on Day 2 of the first Test. South Africa added 113 runs to their overnight score of 298 with loss of no wickets. Making complete use of the batting friendly conditions, Amla and Elgar never let their dominance cease. Both remained unbeaten on 172 and 137 respectively. Meanwhile, the Bangladesh bowlers continued to face tough time on Potchefstroom just like in 2002 when South Africa piled on 482.

South Africa swiftly moved to 300-run mark within the second over of the day. Boundaries were flowing from Amla s willow while Elgar timed it with some elegant shots. Both were racing to their respective milestones. Elgar, however, won the race and notched up his maiden 150-plus score in style with a six all the way to long-on.

In the next delivery, Amla ran to Elgar to celebrate his century. He joined Graeme Smith to become second in the list of most number of hundreds for South Africa.

In no time, Amla-Elgar s 150-run stand raced to 200-run stand. As for the Bangladesh bowlers, Mushfiqur Rahim tried to juggle between Mustafizur Rahman, Taskin Ahmed, Mehedi Hasan, Shafiul Islam, none could provide a respite.

On Day 1, Elgar and Aiden Markram s 196-run opening stand left Bangladesh dazed. Elgar got to his century and became the leading run-scorer in Tests in 2017. Markram, on the other hand, missed his century on debut by 3 runs.

Sabbir Rahman s accurate throw was the only moment to cherish for the visitors. Yet, Markram s 97 was the highest score for a batsman run out in his first Test innings. Abdul Kadir (95) of Pakistan and West Indies’ Gordon Greenidge (93) were also run out in the nineties. 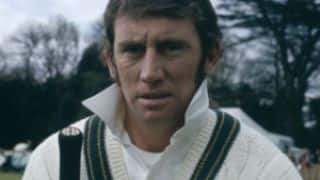 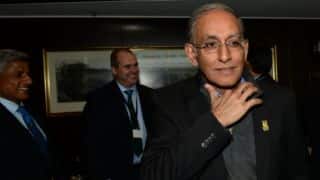