A resurgent Bangladesh will take on a wary South Africa in the first of the two-match Test series at Chittagong starting July 21. Bangladesh are in wonderful form currently, which makes them a formidable opposition. However, this is the longest format of the game, and it is one in which South Africa are among the top teams. It will be a matter of form versus temperament, but South Africa will doubtless start as favourites despite Bangladesh enjoying home advantage. Bangladesh still have a lot to prove in Tests, where they are yet to pull off a series victory against a major opponent in recent times. After being beaten 1-0 by Pakistan — albeit after they did wonderfully to draw the first Test — they were down and out against India, and only survived with a draw thanks to the rain. The Bangla Tigers will hope for a positive result against their newest visitors. Meanwhile, South Africa will look to recover some of their lost pride after succumbing in the ODIs. LIVE SCORECARD: Bangladesh vs South Africa, 1st Test at Chittagong, Day 1 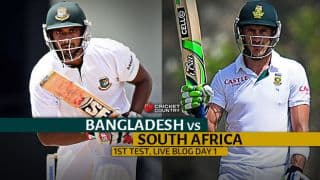 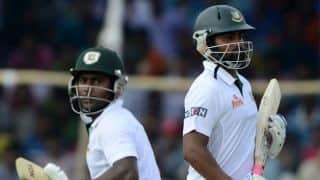