While Bangladesh have heavily progressed in ODI cricket, they've lagged behind in Tests.

A resurgent Bangladesh will take on a wary South Africa in the first of the two-match Test series at Chittagong starting July 21. The hosts are extremely confident given their recent spurt of One-Day International (ODI) victories at home in which they first whitewashed Zimbabwe in 2014, and then beat Pakistan, India, and South Africa in a row. Bangladesh are now serious contenders in international cricket, at least at home, and South Africa will know better than to take them lightly. The Proteas were without their talismanic players AB de Villiers and Dale Steyn, both of whom opted out of the ODIs. While de Villiers remains unavailable, Steyn’s return will undoubtedly bolster South Africa. ALSO READ: Bangladesh begin practice for Tests post Eid celebrations

Bangladesh still have a lot to prove in Tests, where they are yet to pull off a victory against a major opponent. They were beaten 1-0 by Pakistan — though they did wonderfully to draw the first Test — before looking in serious trouble against India only for a rain intervention to play spoilsport. They will hope for a positive result against their newest visitors. Meanwhile, South Africa will look to recover some of their lost pride after succumbing in the ODIs. ALSO READ: Mushfiqur Rahim seeks blessings for Bangladesh ahead of South Africa Test series

Hashim Amla will hope that returning to white clothes will help his side put in the kind of performance that is now expected of them. This is a fairly young side, with Amla, Steyn, JP Duminy, Faf du Plessis, Morne Morkel, and Vernon Philander being the only senior members of the side. The likes of Quinton de Kock, Kagiso Rabada, Dean Elgar, Reeza Hendricks, Simon Harmer, Dane Vilas, and Stiaan van Zyl will want to put in worthy performances which will help them become regulars in the side. ALSO READ: Dale Steyn’s return inspires Russell Domingo

Bangladesh have a settled side, with many of the ODI stalwarts returning in the Test series. Mushfiqur Rahim will captain the side, and will be backed up by the seasoned veterans like Tamim Iqbal, Imrul Kayes, Shakib al Hasan, Mahmudullah, and Rubel Hossain. However, the young players such as Soumya Sarkar, Taijul Islam, Jubair Hossain, and Mustafizur Rahman will be keen on making an impression after impressing in the ODIs.

On paper, Bangladesh’s current form makes them a formidable opposition, but the format is not one in which they have thrived. South Africa are among the top teams in world cricket, and will start as favourites despite the home disadvantage. Both teams will have much to prove after the ODIs. 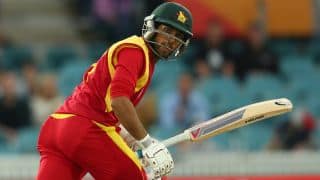