Bangladesh users can catch the live streaming of the first day of the second Test here.

Bangladesh take on South Africa in the second and final Test at the Sher-e-Bangla Stadium in Dhaka on Thursday. The series is currently level at 0-0 after the first Test ended in a draw. The match will be the last for South Africa in their ongoing tour of Bangladesh, before they head back home for what is expected to be a gruelling series against New Zealand. In a major development, Quinton de Kock has been dropped for the second Test, having displayed a terrible form in both the One-Day Internationals (ODI) as well as the Tests. Dane Vilas will replace him as the wicketkeeper for the match, and will thus make his Test debut in the process. LIVE SCORECARD: Bangladesh vs South Africa, 2nd Test at Dhaka, Day 1 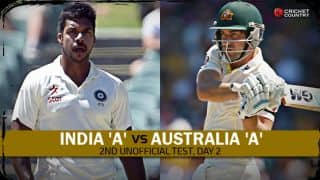 Live Cricket Score India A vs Australia A, 2nd unofficial Test at Chennai Day 2 AUS A 329/9: AUS A lead by 194 runs at stumps 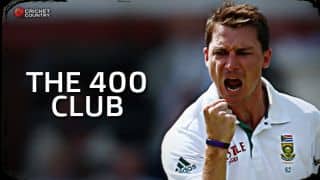