South African openers Dean Elgar and Aiden Markram made sure they keep the struggling Bangladesh pinned down to the ground with resolute hundreds.

Bangladesh were annihilated the way they were in the first Test. South African openers Dean Elgar and Aiden Markram made sure they keep the struggling visitors pinned down to the ground with resolute hundreds. Their 243-run escapade was the eighth highest opening stand for South Africa, propelling the score to 428 for 3 at the end of day s play.

Mushfiqur Rahim opting to bowl first on grass-layered track did not come as a surprise. That, or anything, could not anyway have stopped the in-form pair of Elgar and Markram. While Elgar left no stone unturned to dictate terms to the opposition, Markram took his time to find his feet. However, he went neck-and-neck with Elgar as and when the Bangladeshi bowlers lost their rhythms.

Once the openers were sent back, Hashim Amla made sure the Bangladeshis are pushed further into the ruins. Captain Faf du Plessis and he scored fifties, keeping their team on top.

Of the 7 bowlers used, only Subashis Roy remained effective. He took 2 for 85. 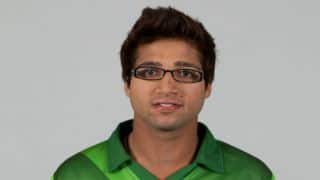 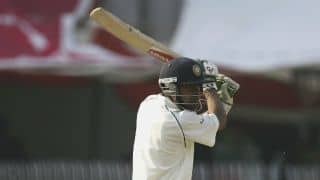