Kagiso Rabada registered figures of 5 for 33 in the second Test against Bangladesh, becoming the leading wicket-taker in Test cricket in 2017.

South Africa have had the upper hand in the series against Bangladesh. They put up a clinical performance in the first Test with centuries from Hashim Amla and Dean Elgar. In the second Test, centuries from almost every South Africa top-order batsmen Amla, Elgar, Aiden Markram and skipper Faf du Plessis propelled them to a mammoth total of 573. Kagiso Rabada then registered figures of 5 for 33 to bundle out Bangladesh for 147 on Day Two of the second Test. In the process, he also became the leading wicket-taker in Test cricket in 2017. However, after a dominating performance from the hosts, a lot of questions has risen over what value have the visitors added in the series?

As per Rabada, the youngsters of South Africa are creating their mark. Rabada s U-19 captain and teammate Markram has also found his spot in the Test side. Another U-19 pacer Andile Phehlukwayo has made his debut to Test side. Speaking to ESPNcricinfo, Rabada said, I was speaking to Quinny (de Kock) saying that all the guys we played with and against at school are all in the team now and are coming up. South Africa is in good hands in the future, and getting them involved now, they’ve been exposed to international cricket. It gets much tougher than Bangladesh, of course. You can play them in their conditions and it’s a different story. It gets harder from here. This is not it.

The series has been a one sided affair so far. South Africa have scored 1,316 runs for the loss of just 13 wickets, while Bangladesh have thus far lost 30 for 564. The Potchefstroom pitch had something for the batters while the Bloemfontein is of similar case.

But bigger challenges await South Africa. They will be playing 3-match Test series against India followed by a 4-match Test series against Australia. But the Proteas youngsters are not bowed down by pressure, There is expectation and there will be pressure. No-one is a Rambo, we are all human beings. You have to find ways to cope with it. The best players and the guys who have been in the longest have found ways to cope with it. Sometimes it can get bigger and you have to find a new way to deal with it. You grow as a person when things are not going your way. 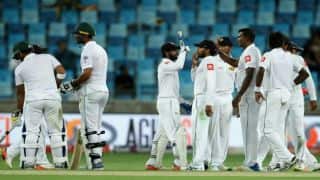 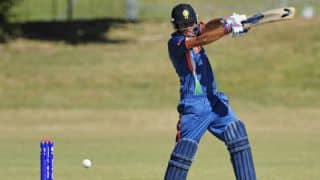