The live streaming of the third ODI will be available in India on Sony LIV.

On a pitch that wasn’t really conducive for strokeplay, the maverick took the bowlers for a ride and bashed them all over the ground. He was the only batsman to have a strike rate of over 100, which speaks volume of his heroics. His stands with Hashim Amla and JP Duminy were the highlights of the game.

For the tourists, only Imrul Kayes and Mushfiqur Rahim played innings of substance. Their main pillars Tamim Iqbal and Shakib Al Hasan let them down when hopes were pinned on them. Mahmudullah was a lone warrior down the order but unless they shuffle their batting order seriously, it’s hard to imagine Bangladesh chase tall scores away from home consistently.

Andile Phehlukwayo also came to the party to take a 4-for, en route to his career best figures in ODI. Kagiso Rabada, for once in this series, went wicketless. 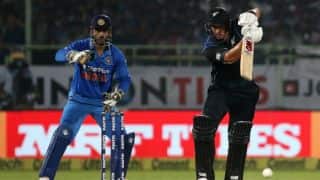