BCB President Nazmul Hassan called upon the chief selector Minhajul Abedin last week and asked him to recall Mehedi back into the ODI squad.

Bangladesh s Mehedi Hasan, who starred with the ball on his maiden One-Day International (ODI) appearance against Sri Lanka, has the current Bangladesh Cricket Board (BCB) President to thank. BCB President Nazmul Hassan called upon the chief selector Minhajul Abedin last week and asked him to recall Mehedi back into the ODI squad. Mehedi, post the Test series, went back home as the highest wicket-taker for his side. Nazmul was earlier responsible for sending back Mahmudullah from the Test side. He has been quite upfront about the Bangladesh team selection since Afghanistan series last year and has made few bold decisions which have clicked. FULL CRICKET SCORECARD: Sri Lanka vs Bangladesh, 1st ODI

As reported by ESPNcricinfo, Nazmul called on Adedin before calling Mehedi, asking him to return to Sri Lanka. Nazmul said, I called up [Minhajul Abedin] Nannu to send over [Mehedi Hasan] Miraz. I found out he is in Khulna, and told him that he must get back to Sri Lanka. Basically we wanted to keep him as an option because they have a number of quality left-hand batsmen.

Miraz had been bowling well in the Tests and this is a very important series for us. But when I sat with the team that morning [of the ODI], it still wasn’t decided if Miraz or Sunzamul [Islam] would be playing. It was finalised after coming to the ground,” Nazmul said. Mehedi recorded figures of 2 for 43 on his ODI debut on Saturday that saw his side win by 90 runs at Dambulla.

Nazmul had in June last year mentioned that he will make changes to the selection committee so that his powers are cut down. 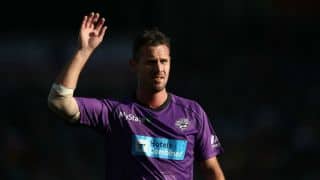 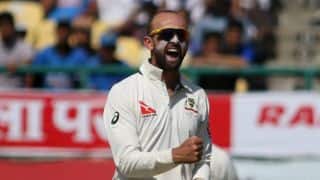