Bangladesh vs Sri Lanka ACC Under-19 Asia Cup 2016, 2nd semi-final, preview and predictions: Both teams look to set up clash with India in final

Bangladesh started the tournament well with a couple of resounding wins, first over Afghanistan and then followed it up with a comprehensive win over Singapore.

Bangladesh take on hosts Sri Lanka in the second semi-final of the ACC Under-19 Asia Cup 2016 at R Premadasa Stadium, Colombo. The winner of the match will take on India in the final of the tournament on Friday. India beat Afghanistan in the first semi-final and have already qualified for the final. Bangladesh had started the tournament well with a couple of resounding wins, first over Afghanistan and then followed it up with a comprehensive win over Singapore. Bangladesh bowled Singapore out for just 50 and then chased the target down in 5 overs. After that, they lost by a wicket against Pakistan.

Sri Lanka, on the other hand, were made to work hard in their opening match against Nepal. Having put into bat first, Sri Lanka scored 227 for 8 in their 50 overs. Nepal looked set to win the match but with 2 required off the final 4 deliveries, they could not get those runs. Sri Lanka then completed an easy win over Malaysia, but lost to defending champions India by 6 wickets in their final group match. However, Sri Lanka had done just enough to book their place in the final four of the competition.

This will be a closely contested match, unlike the first semi-final between India and Afghanistan. Sri Lanka will look to make full use of the home conditions to overcome Bangladesh. Arif Hossain is going to be the key player for Bangladesh with both bat and ball once again. He has had a good tournament so far and would look to continue his good run of form in this crucial fixture as well.

A tournament that started on December 15 has just two more matches remaining. Both Sri Lanka and Bangladesh have lost just one match in the tournament so far. 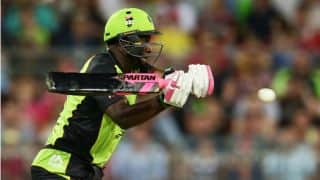