Spinners have strangled the Bangladesh batsmen with Ajantha Mendis picking two wickets in an over and Chaturanga de Silva struck with key wicket of skipper Mushfiqur Rahim. However, the big wicket was that of Anamul Haque dismissed for 49. Bangladesh are 108 for four after 30 overs.

Anamul had steadied the innings after three quick wickets including that of skipper Rahim. Just when Shakib and Anamul had done well against the spinners Ashan Priyanjan got a wicket on the first ball of his first over.

Anamul flicked the ball trying to put it over short mid-wicket. However, Lahiru Thirimanne’s well-timed jump saw the ball stick into his hands only to pop out at the last moment, but Thirimanne did well to keep his eye on the ball and take it on the second attempt. 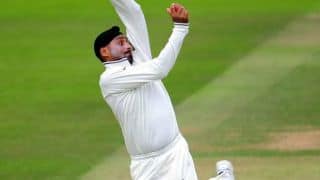 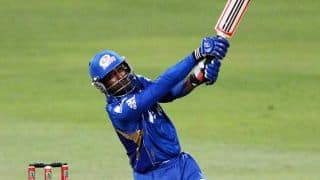