Sheldon Cottrell finished with 2-38 as the most successful West Indies bowler.

Dhaka: Liton Das struck 60 off 34 balls while other batsmen chipped in with useful cameos as Bangladesh posted a record 211-4 in the second Twenty20 international against West Indies in Dhaka on Thursday.

Mahmudullah remained unbeaten on 43 off 21 balls while Shakib hit 42 not out against 26 deliveries, guiding Bangladesh to their highest ever score in a Twenty20 international on home soil.

Das hit six fours and four sixes after being sent to bat first, giving Bangladesh a flying start when he notched 42 runs with Tamim Iqbal in the opening partnership.

Fabian Allen removed Tamim for 15, but Das and Soumya Sarkar added 68 runs to maintain the tempo.

Sheldon Cottrell dismissed Sarkar, who made 32 off 22 balls, and Das in the same over before fellow paceman Oshane Thomas jolted Bangladesh with the wicket of Mushfiqur Rahim in the next over.

But Rahim struck fours in each of the first three balls he faced and there was no looking back for Bangladesh, who are eager to level the series after being thrashed by eight wickets in the series opener.

Cottrell finished with 2-38 as the most successful West Indies bowler. 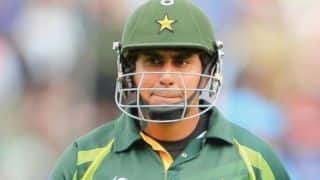 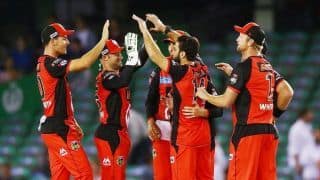