Only Tamim Iqbal has more Test runs for Bangladesh than Mushfiqur Rahim, playing his 66th Test.

Former Bangladesh captain Mushfiqur Rahim  has become the second batsman from his country to the landmark of 4,000 runs, doing so on day one of the second Test versus West Indies at Mirpur.

Mushfiqur made 14 on Friday before he was bowled by West Indies quick Shermon Lewis, but in that time he crossed 4,000. Tamim had done so this summer in the Caribbean.

Earlier this month, during of the second Test against Zimbabwe at Mirpur, Mushfiqur had become the first Bangladesh batsman to score two double-centuries. In scoring an unbeaten 219, Mushfiqur has made the highest individual score by a Bangladesh batsman and his 421-ball marathon is the longest innings (in terms minutes and balls faced). Former captain Aminul Islam batted 535 minutes for his 145 versus India in Bangladesh’s debut Test in 2000 and Mohammad Ashraful faced 417 balls when he made 190 in Galle five years ago. 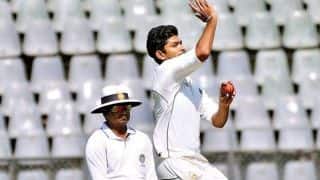 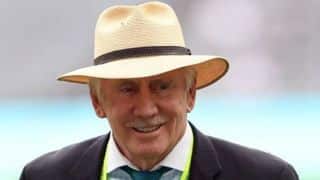 I am picking Australia over India but don’t ask me why: Ian Chappell