Zimbabwe lead by 80 runs and have only four wickets remaining.

It’s been all Bangladesh so far in the first session of the for the fourth day of the first Test. Zimbabwe have been no match for the Bangladesh spinners. At present Zimbabwe lead by 80 runs and have only three wickets remaining as they finished the lunch session on 94 for seven.

Left-arm spinner Taijul Islam was the wrecker-in-chief as he had picked up five wickets. The first to go was Vusibusi Sibanda who was caught behind by skipper Mushfiqur Rahim. Sibanda played forward to one that bounced more, as a result he could only edge it to slip.

That brought Hamiilton Masakadza to the middle.  Zimbabwe needed him to stay in for a long time. He started well by hitting a four off Islam. Medium pacer Shahdat Hossain, however, cut short his stay at the crease with a superb inswinger which castled him for five.

The two batsman out in the middle were Sikandar Raza and Regis Chakbava. The need of the hour was defence. Raza, however, thought differently. He went after Islam and hit two sixes. Islam, however extracted revenge by inducing him to go for another one.

This brought Taylor to the crease. It was imperative that he and opener  Chakbava stayed put for some time. The opener, however, could not last long as Islam claimed him too. The opener could only edge a ball that bounced more to first slip. In came Chigumbura but he out for a duck as he edged one to slip too.

Islam now was in the  form of  his life. He soon trapped Ervine leg-before. The batsman played back to one he should have played forward too. It was reviwed but hawk-eye showd he was plumb in front. It was Taylor and the tail now as Nyumbu came in. Shakib soon accounted for Nyumbu as he had him caught behind.

A lot depends on Taylor now. The skipper is on 29 and is scoring freely but he no doubt will have to keep in mind the situation. For the Bangladeshis they would to wrap things up fast and then go out and score the runs. 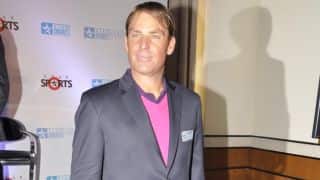 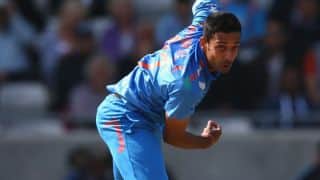