Mushfiqur Rahim went on to score a responsible century and saw Bangladesh go past 200.

The first innings of the first One-Day International (ODI) between saw some interesting turn of events. Zimbabwe won the toss and they elected to field first. The decision was supported by the performance put up by the Zimbabwe bowlers. Within the initial overs of their innings, Bangladesh lost their first wicket as opener Liton Das departed for a six ball duck. Bangladesh went on to lose another wicket as Mahmudullah was dismissed. From there on the next two batsmen led their country to a good total of 273/9 and displayed a good act of batting in their course. Live blog: Live Cricket Score, Bangladesh vs Zimbabwe 2015, 1st ODI at Mirpur, Dhaka

Tamim Iqbal contributed 40 runs while providing stability and building a much needed partnership with Mushfiqur Rahim. The innings was an entertaining one as well as it included three fours and four sixes. Mushfiqur Rahim went on to score a responsible century and saw Bangladesh go past 200. The innings mostly had grounded shots, with eight fours and a six. Another mentionable contribution came from Sabbir Rahman who played a power knock of 57 runs off 58 balls with four fours and two sixes in it.

The Zimbabwe bowlers started in a good note with two early wickets. Sikandar Raza brought another two important breakthroughs as he dismissed a dangerous looking Tamim Iqbal for 40 and Bangladesh’s most experienced Shakib Al Hasan for a mere 12. Taurai Muzarabani also got two wickets. Mushfiqur Rahim made 107 off 109 balls with the help of nine fours and one six. The tail-enders helped with a few boundaries as well to push the score beyond 250. One matter of concern for the Zimbabwe players will be their keeper 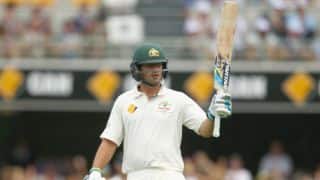