Zimbabwe will look to level the series 1-1 apiece with two more matches to come ahead against Bangladesh.

Bangladesh defeated Zimbabwe by four wickets in the first of the four Twenty20 International (T20I) matches to be played by them at Khulna. Zimbabwe were helped by Hamilton Masakadza 79 and Vusi Sibanda 46 who provided the early explosives with  a century stand for the first wicket. Zimbabwe could not get hold of the run rate after the start and managed only 163 for 7. Bangladesh made a rapid start as Tamim Iqbal and Soumya Sarkar added 31 run in quickly but the middle order gave away and it was up to Shakib al Hasan and Nurul Hasan to take the team to a four wicket victory in the first T20I. Zimbabwe will look to redeem itself after making a great match of the first T20 and level the series at Khulna itself.

Catch the live streaming of Bangladesh vs Zimbabwe 2015-16, 2nd T20I at Khulna on starsports.com, and the live telecast of the match on Star Sports 4. 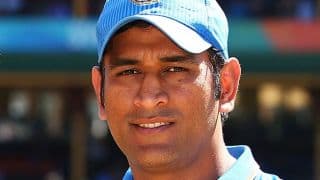 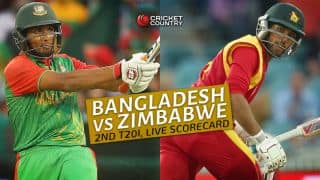