With all the statistics, the series seems to become a tight one.

After beating Pakistan, India, and South Africa in three consecutive series, a confident Bangladesh side will take on the visiting Zimbabwe for three One-Day Internationals (ODIs) and two Twenty20 Internationals (T20Is) starting November 7. The brief series will last till November 15. It brings along a great opportunity to practice for the upcoming ICC World T20 2016 in India. A series win at this point will count as a positive for sure, and both teams would look forward to it. The host nation, Bangladesh, have had a wonderful journey till now in the 50-over format. SCORECARD: Bangladesh vs Zimbabwe 2015, 1st ODI

Right after ICC Cricket World Cup 2015, Pakistan visited Bangladesh for a tour that consisted of three ODIs, one T20I and two Test matches. Bangladesh won the first ODI and continued their streak with winning the ODI series 3-0. They also won the lone T20I. The only occasion where Pakistan came victorious in the tour was the last Test. READ MORE: Soumya Sarkar ruled out of Bangladesh vs Zimbabwe 2015 series owing to injury

Following Pakistan, India and South Africa also visited Bangladesh. The only Test between India and Bangladesh was drawn, while the hosts picked up a 2-1 triumph in the three-match ODI series. Against South Africa also Bangladesh maintained their form. Though they lost the T20I series 2-0, they compensated that with a 2-1 win over the Proteas in the ODI series, while the two-match Test series remained drawn. With so much success in a short span, Bangladesh is sure to take care of the visiting Zimbabwe team and will ensure that this tour also becomes a fruitful one.

Zimbabwe, on the other hand, has had a mixed journey after the World Cup this year. Zimbabwe visited Ireland for a three-match ODI series. They won the first two while the third one went Ireland’s way. With the positive spirit, they faced a visiting Afghanistan team at home. The series was enough to let their morale down as they firstly lost a tight ODI series 3-2 in the last and deciding match. They also lost the T20I series by 2-0. After this series, Zimbabwe would like to get back a winning note.

In their previous encounter against Bangladesh, the hosts won all the three Tests and five ODIs making it a disastrous tour for Zimbabwe. But what might be the ray of hope for the visitors is the way they defeated Bangladesh Cricket Board XI. Bowlers Graeme Cremer and Luke Jongwe got three wickets each while Richmond Mutumbami helped his side with an innings of 95 to chase down Bangladesh’s target of 278. Another important factor is skipper Elton Chigumbura playing a responsible knock of 64. With all the statistics, the series seems to become a tight one and both have equal advantages. 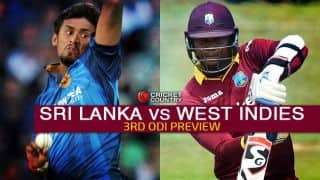 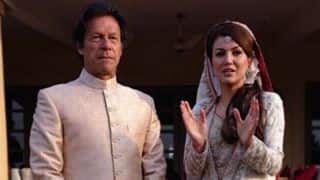