Pacer Mustafizur Rahman, who has had an impressive run in One-Day Intenatinals, says he is elated at Bangladesh's fifth consecutive series win at home.

Dhaka: Pacer Mustafizur Rahman, who has had an impressive run in One-Day Intenatinals, says he is elated at Bangladesh‘s fifth consecutive series win at home. The left-hander picked up three wickets in the second One-Day International (ODI) against Zimbabwe on Monday, which Bangladesh won by 58 runs to bag the three-match series 2-0, reports Xinhua. He had returned without a wicket in the first match that they won by 145 runs. “It feels great,” the young pacer told reporters at Tuesday’s pre-match press briefing. “I’ve played in three series and we won all of them. Everyone in the team is happy.” Mustafizur took five wickets in his debut against India in June. He has so far taken 21 wickets in eight ODIs. Live Cricket Scorecard: Bangladesh vs Zimbabwe 2015, 3rd ODI at Mirpur

The third and final One-day International (ODI) between Bangladesh and Zimbabwe saw a scenario very similar to the first two matches as Zimbabwe bowlers got hammered by the two Bangladesh openers Imrul Kayes and Tamim Iqbal at Mirpur. Bangladesh won the toss and elected to bat first. Both the openers looked confident as they started hitting boundaries from the very beginning. Zimbabwe bowlers failed to produce much chance and the Bangladesh batsmen kept on playing with more ease. Poor piece of captaincy from Elton Chigumbura as he failed to rotate the bowlers properly as well as failed to place he fielders.

Amongst Zimbabwe bowlers, Luke Jongwe and Graeme Cremer have been the most successful as they took a couple of wickets both. But the wickets came quite late as by the time Bangladesh had already scored a decent runs and looked unstoppable. 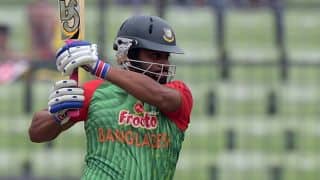 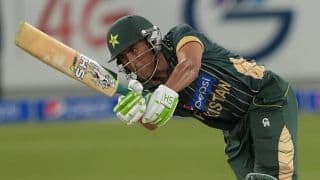 Younis Khan retires from ODIs: End of a disappointing career