Bangladesh’s first ODI win of the year came almost at the close of 2014.

Bangladesh will face Zimbabwe in the second One-Day International (ODI) which will be played at Chittagong on Sunday. The hosts had a somewhat a predictable start to the ODI series as they edged past the spiritless Zimbabwe team by a margin of 87 runs in the first match.  Zimbabwe’s batting woes continued as they failed to bat out the allotted 50 overs in the chase of 282. Shakib Al Hasan came good once again for Bangladesh as he scored a ton and also picked up four wickets. Both teams came to the first game with debutants as Bangladesh played rookie leg-spinner Sabbir Rahman and Zimbabwe introduced all-rounder Solomon Mire.

Zimbabwe need to make a serious shift in their plans when they take the field in the second ODI after a gap of one day. Although they started poorly with the ball and were reduced to 31 for three, Shakib and Mushfiqur Rahim took the game away from the visitors. Tafadzwa Kamungozi and John Nyumbu, the two specialist spinners, only managed to grab one wicket each and will need to better their performances in the second ODI. The Zimbabwean batsmen continued to struggle against spin as they lost eight wickets to the spinners. Sikandar Raza, who scored well in the Tests will have to stitch together some runs at the top with Hamilton Masakadza, while the middle-order is strongly dependent on Regis Chakabva, Brendan Taylor, and Elton Chigumbura.

Bangladesh’s first ODI win of the year came almost at the close of 2014. But they will be happy with the win and Shakib’s performance in his comeback ODI. However, they would still be worried about the form of their top-order, which crashed during the first ODI. Debutant Rahman played an important 44-run cameo, and could be a useful operator for Bangladesh in the times to come although his leg-spin is yet to be tested. Jubair Hossain, who did well in the Test series, could also be tried for the next match.

Overall, Bangladesh looks a much better side. Shakib’s performance has re-instilled motivation in the otherwise rusty Bangladesh side. It will be interesting to see how Zimbabwe responds in the next match. 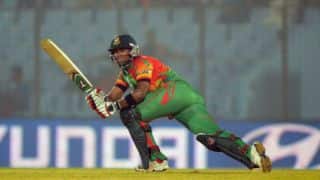 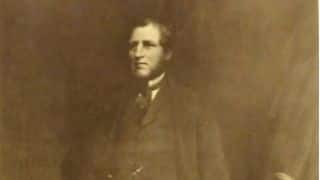