Anamul Haque brought up his third One-Day international half century against Zimbabwe in the third ODI at Dhaka. Anamul has carried on from where he left in the last game against Zimbabwe where he featured in a record stand of 158 with Tamim Iqbal, which was the second highest score for a Bangladesh opening pair in ODIs. Anamul’s innings has included six boundaries thus far. Anamul began slowly, but his strike rate has been on a steady incline since. He brought up his half century off 66 balls in the 20th over their innings. Bangladesh are in a commanding position at 96 for no loss in 20 overs. 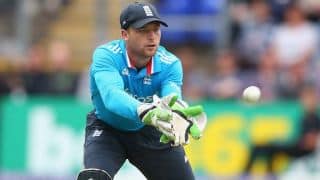