Chakabva got his fifty from 104 balls .

Regis Chakabva scored his half-century the final Test match played between Bangladesh and Zimbabwe at Chittagong on Friday. Chakabva came out to bat after the dismissal of Brendan Taylor and stayed on the wicket patiently. Chakabva got his fifty from 104 balls and showed his resistance against the Bangladesh bowling attack.

Zimbabwe had earlier started well on day three of the Test match but the things turned worse after Hamilton Masakadza was dismissed. Two over’s later, Jubair Hossain picked up two wickets from one over which further tightened the thing. But Chakabva and Chigumbura continued to add runs and took Zimbabwe close to Bangladesh total. Rohit Sharma: Overseas failure will not stop my cricket 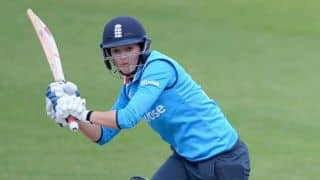