Bangladesh vs Zimbabwe, 3rd Test at Chittagong, Day 4: Tamim Iqbal and Mominul Haque's fifties take Bangladesh to 124 for 1 at lunch

Just before lunch, Mominul Haque also got his eighth fifty in Test cricket.

Bangladesh moved on to 124 for one at lunch on day four of the third Test match played against Zimbabwe at Chittagong on Saturday. Imrul Kayes and Tamim Iqbal had earlier negotiated nine overs from Zimbabwean bowlers on day three and managed to score 23 runs without losing a wicket. Bangladesh lead also stretched to 253 runs which five sessions of play still to go in this Test match.

Earlier, Zimbabwe were bundled out for 374 runs as 19-year-old leg-spinner Jubair Hossain picked up a five-for and conceded 96 runs.  Tinashe Panyangara started the bowling for Zimbabwe with Shingirai Masakadza. The success came quite early as the centurion from the last innings Imrul Kayes was dismissed by Panyangara after scoring 15 runs. Panyangara flashed a full delivery in and Kayes poked at it, inducing an edge to the wicketkeeper.

Mominul Haque joined Tamim Iqbal on the crease and both carried on from there. Haque slammed Masakadza for two glorious boundaries in the the 17th over after which Masakadza was removed from the bowling attack. Zimbabwe captain, Brendan Taylor then brought in the rookie off-spinner Sikandar Raza who was quite successful in the previous innings. Raza bowled a few overs with Chigumbura and added a little pressure but could not manage to get another wicket. Natsai Mushangwe, the specialist leg-spinner in the Zimbabwe squad was drafted in to replace Chigumbura. Mushangwe bowled 47 overs in the last innings but could not get a wicket. Tamim Iqbal got his half-century after two back-to-back centuries. Just before lunch, Mominul Haque also got his eighth fifty in Test cricket. 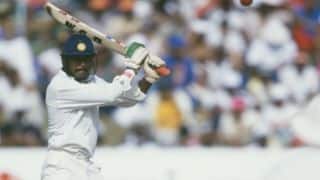 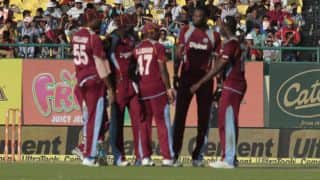