Bangladesh vs Zimbabwe, 3rd Test at Chittagong, Preview: It will be Zimbabwe against Bangladesh spin attac

Last few weeks have been really good for Bangladesh cricket team. 2014 was harsh, somewhat rude towards the Bangladeshis. They could only manage to win two games out of the 27 they played in the calendar year. Zimbabwe’s tour of Bangladesh has helped the home team bring momentum and hope for the future. Bangladesh has won the first two Tests against Zimbabwe and also won the series. The last time they won a Test series was way back in 2009 when they had mauled West Indies at their home turf.

The addition of Shakib Al Hasan to Bangladesh ranks has almost changed the fortune of the team. 10-wicket haul plus a century in the second Test and his contributions in the first Test have helped the Team.  Shakib again will play a big role in the final Test at Chittagong both with the bat and ball. Bangladesh has replaced Shamsur Rahman from the line-up and has drafted Imrul Kayes who was out of the team due to a skin infection.  Kayes has been around for sometime now and last played against West Indies at Kingstown and is likely to open the innings with Tamim Iqbal. The bowling attack has lightened up after the addition of Taijul Islam who has scalped 15 wickets in two Tests so far. His loopy left-arm spin has done wonders for Bangladesh and again in Chittagong the team will rely on him and Shakib to get the wickets. Rubeil Islam could retain his place in the side owing to his decent performance in the second Test.

Zimbabwe has done a decent job to chalk out spin bowling but still couldn’t present the resistance for a longer time. They have lost 36 wickets to spin so far in this series which almost tells the tale of their struggle. When the Zimbabweans come to play the final Test they will need to stand tall against the spinners. Despite losing so many wickets to the spinners they have still have given a brave fight in the two Tests. The batting will again surface on the shoulders Hamilton Masakadza, Brendon Taylor and Regis Chakabva who have done well so far in the series.

The opening batting has also been a big problem for Zimbabwe as they openers have only managed to give a highest start of 19. Three different opening pairs have been tried so far but all have failed to give Zimbabwe a good start. It will be interesting to see whom does the team management land up with the duty to open the duty this final time. One big setback for Zimbabwe will be the absence of Malcolm Waller from their bowling charts. Waller picked up six wickets in the second Test but was reported for suspect bowling action after the match.

Overall, Bangladesh holds upper hand as they head to Chittagong to for the final Test. Zimbabwe will need to bring out strong resistance against the Bangladesh spin attack. 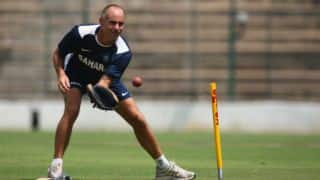 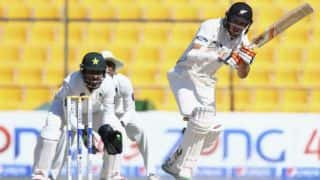