A third successive five-wicket haul to left-arm spinner Taijul Islam has spun Zimbabwe out for 304, giving Bangladesh a lead of 218 runs at the end of day three of the second Test at Mirpur.

Taijul took four of the first five Zimbabwean wickets to fall, including those of Sikandar Reza and Sean Williams in quick succession as the visitors slumped to 131/5. A 138-run stand between Brendan Taylor (110) and Peter Moor (88) offered Zimbabwe hope of closing the gap on Bangladesh’s first-inning total of 522/7, but Mehidy Hasan Miraz and Ariful Haque dismissed the pair before Taijul claimed his fifth.

The opener Brian Chari carried Zimbabwe almost through the morning session with 53 until he was dismissed by Mehidy. Taylor’s 110 from 194 balls featured ten fours and was his fifth century in Tests. Moor’s 88 off 114 balls surpassed his previous best of 79. 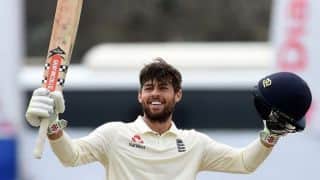 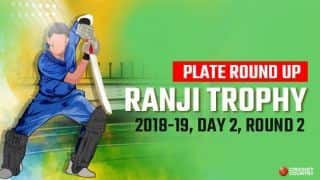