Fargana Hoque powered Bangladesh Women to a moderate score of 113 for 9 against Pakistan Women in ICC Women's T20 World Cup 2016 Match 15 at Delhi.

Fargana Hoque powered Bangladesh Women to a moderate score of 113 for 9 against Pakistan Women in ICC Women’s T20 World Cup 2016, Match 15 at Feroz Shah Kotla Stadium in Delhi. Sanjida Islam and Sharmin Akhter opened batting for Bangladesh Women, while Anam Amin and Asmavia Iqbal started off for Pakistan. Sharmin hit Asmavia for a boundary early in her innings but after that the runs dried up. Anam had Sanjida out caught behind for 1 off 5 balls as Bangladesh lost their first wicket for 11. Sana Mir came on to bowl the fourth over and No. 3 batswoman Salma Khatun greeted her with a slog past mid on. Asmavia was hit for another boundary by Salma in the next over, but the bowler soon had her revenge. Salma ended up getting bowled by Asmavia for 10 off 14 balls. Live Cricket Scorecard: Bangladesh vs Pakistan, ICC Women’s T20 World Cup 2016 Match 15 at Delhi

Sharmin was on 6 from 8 balls at that point, and had not faced a ball in 3 overs. That affected her concentration as well as her flow. Fargana Hoque kept the runs coming but neither woman was able to find the boundary. Not a single four was hit between the fifth and ninth overs. Nida Dar came on to bowl the 10th over and Fargana started off with a boundary to midwicket. The next couple of overs were again boundary-less.Live Cricket Blog: Bangladesh vs Pakistan, ICC Women’s T20 World Cup 2016, Match 15 at Delhi

After 12 overs Bangladesh were struggling at 51 for 2. Fargana had made 17 off 23, but Sharman could only manage 16 from 30 balls. Bismah Maroof was hit for four by Fargana, and Bangladesh would have hoped it was the start of a resurgence. The opposite was true. The 14th over saw Sharmin being caught by Nida Dar off Sana Mir for a slow 34-ball 19. Nigar Sultana was run out for a 2-ball duck in the next over. Rumana Ahmed hit Nida for an outside-edged boundary but was bowled by Anam in the next over for a run-a-ball 7.

The runs were coming, but so were the wickets. Fahima Khatun was run out for 4 off 3 balls in Nida’s next over, and Jahanara Alam managed to find the boundary off the final ball of that over. Fargana, who top-scored with 36 from 37 balls, was then run out in the next over thanks to a super piece of fielding from wicketkeeper Sidra Nawaz. Lata Mondal hit a couple of boundaries in the 19th over that took Bangladesh past 100, but she was stumped by Sidra off Asmavia in the next over for 12 off 7 balls. Jahanara was run out for 11 off 9 balls as well, and Bangladesh ulitmately finished off with 113 for 9 in their 20 overs. It was one of their highest scores in T20Is. 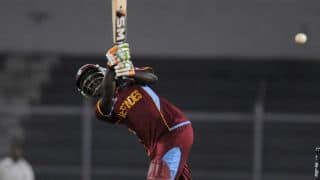 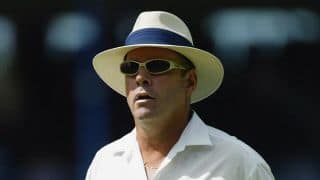