Bangladesh pacer Mohammad Sharif has announced his retirement from all forms of cricket. Sharif played 10 Tests and nine ODIs for Bangladesh in an international career spanning between 2001 and 2007, in which he picked up 24 wickets.

Sharif, however, boasts an illustrious career in domestic cricket with 393 wickets in First-Class cricket and 185 in List A games.

“I have decided to quit from all forms of cricket though I feel I could have played for another two years,” Sharif told Cricbuzz on Saturday. “I am looking forward to working with BCB in the coming days if there is a possibility as I want to share the experience that I have gathered during this long journey.”

Sharif made his first Bangladesh appearance in an ODI against Zimbabwe in Bulawayo in April 2001 followed by his Test debut later in the tour. Sharif continued to be a steady presence in the Bangladesh line-up before injuries caught up with him in 2002 and 2003. He has since had a stop-start career with his international being a Test match against Sri Lanka in July 2007.

Sharif revaled it was his nagging shoulder injury that served as a catalyst behind the decision.

“Basically my shoulder injury give me this kind of thought in my mind. Like I have 11 scores in the beep test, but then again I think my right shoulder injury is in 50-50 condition. So I don’t want to involve with any club with this condition,” he said.

“If I get involved with any club in this condition then it would be cheating with the club. I don’t want to cheat the club. Like they will take me with lots of hope but if I can’t deliver my 100 percent then it would be very disappointing for them, as they could have had one more player in the place of mine. So my basic plan is not to waste a place, where another player can have the opportunity. It’s better not to play with this 50-50 chance.”

In 2008, Sharif hurt his chances of ever representing Bangladesh again when he joined rival league ICL and was handed a 10-year-ban. He kept playin domestic cricket in Bangladesh and reveals his only regret remains not completing 400 First-Class wickets.

“The journey as a cricketer was obviously very joyous to me but right now taking this decision is quite painful. Many said that if you have the farewell from the field that would be very good, as you have played in the national team also. But what I think [is that] not every successful player gets the proper farewell,” said Sharif.

“Everyone bids their farewell with a pain in their heart. I also have those sorts of despair, like if I had seven more wickets then I could have become the first pace bowler to pick 400 wickets in first-class cricket.” 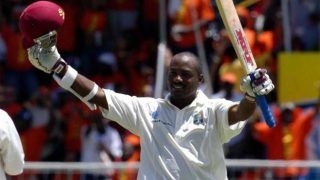 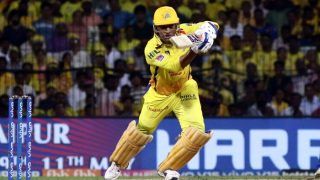