The Pakistan Cricket Board will conduct a rehabilitation programme for talented teenage bowler Mohammad Aamer under the anti-corruption code, an official said on Friday. 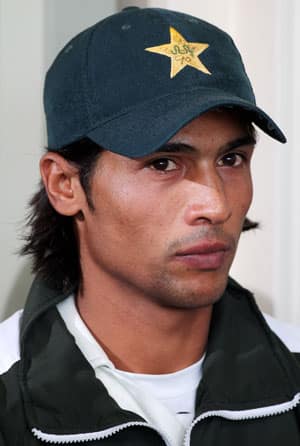 The Pakistan Cricket Board will conduct a rehabilitation programme for talented teenage bowler Mohammad Aamer under the anti-corruption code, an official said on Friday.

Aamer, 19, was released from a British prison on Wednesday after serving half of his six-month sentence for his part in a spot-fixing scandal during the Lord’s Test between Pakistan and England in August 2010.

His teammates, Salman Butt and Mohammad Asif are still in jail serving 30-month and 12-month sentences respectively handed down by a UK court in November last year.

All three were found guilty of corruption and receiving illegal money.

The tribunal of the ICC’s Anti-corruption and Security Unit (ACSU), headed by Michael Beloff QC, had said the players should undergo rehabilitation when he announced the ban in February last year.

“Under the ICC anti-corruption code a convicted player undergoes an official education session to the reasonable satisfaction of ACSU programme during his period of ineligibility, in Aamer’s case it is five years,” Rizvi told AFP.

“Further Aamer has to agree to such additional reasonable and proportionate monitoring procedures and requirements as the ACSU may reasonably consider necessary.”

“PCB and ICC are on the same page in this matter and are already in contact over the official anti-corruption education session,” Rizvi added.

Since the spot-fixing scandal, the PCB has introduced stricter clauses in players’ contracts in a bid to clamp down on malpractice in the game, and it has established its own anti-corruption unit.(AFP)