Chris Williams knows the Australian batsman since the time he opened with him in class three, when Smith was 16.

Banned former Australia captain Steven Smith will continue his competitive cricketing journey post a stint with Barbados Tridents in the Caribbean Premier League by turning out for Sutherland in Sydney s Premier Cricket competition – where he will be skippered by a physical education teacher.

Chris Williams is reportedly the last player still at Sutherland who played with Smith, and knows the Australian batsman since the time he opened with him in class three, when Smith was 16.

“It’s been an interesting thing. A few people have asked me ‘are you still going to be captain?’ It’s a bit odd but I’ve played with him before,” Williams was quoted as telling the Sydney Morning Herald. “I’ve spoken on the phone to him. He’s a normal guy at the end of the day, cricketers are mostly.

“I’ll continue to learn everyday off him. I certainly don’t know everything, I’m willing to listen. He’ll settle into the team, he doesn’t know everyone yet but I’m sure he’ll contribute in a leadership capacity.

The task of leading Smith, a World Cup winner and current No 2 batsman in Tests, will not be daunting for Williams, who has played Under-21 cricket with him.

“It’ll be a bit odd if I have to ask him to go down to fine leg for a of couple of overs or something. If I hadn’t met him before maybe it would be more difficult, he said. The fact we know each other is something that makes it a bit easier for us. He’s just another guy who has played through Sutherland. He’s a good person, we’ll be fine. If I get suggestions I’ll learn from him.”

Smith is currently serving a 12-month ban from international cricket for his role in the ball-tampering controversy that erupted in South Africa in March. Barred from playing for his state New South Wales and in the Big Bash League, Smith played in the Global T20 Canada tournament and the CPL over the past few months. 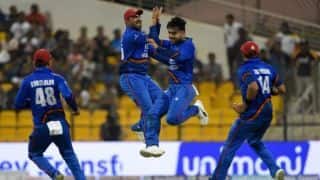 Asia Cup 2018: Where does Afghanistan’s win over Sri Lanka rank? 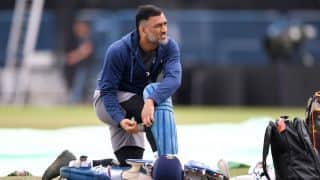