Thisara Perera's 24-run cameo was a crucial addition to the scorecard along with Mushfiqur Rahim's unbeaten 81 as the Bulls put up the highest total of this season of BPL.

After losing two of their top-order batsmen, Barisal Bulls recover and put up 192 for 4 against Rajshahi Kings in Match 10 of Bangladesh Premier League (BPL) 2016. The match is being played at the Shere Bangla National Stadium, Mirpur. The Rajshahi Kings won the toss and sent the Bulls to bat first. The decision seemed to be a right one as Farhad Reza gave the team two early scalps. But the Bulls made a very good comeback into the game, not losing wickets anymore and putting up a challenging target for the Kings to chase. LIVE CRICKET UPDATES: Barisal Bulls vs Rajshahi Kings, BPL 2016 Match 10 at Mirpur

Dilshan Munaweera and Dawid Malan opened the innings for the Bulls while Farhad Reza was handed the ball to open bowling for the Kings. Reza did exactly what his captain Darren Sammy wanted as he removed Munaweera in the first over. Munaweera looked to play aggressive from the very start as he charged down the crease to send it out of the park but was beaten for the pace of the slower delivery and edged it to wicketkeeper Umar Akmal.

While the Bulls needed a partnership from there, Dawid Malan departed soon after. Totally missed the line and a swing took the edge from Malan and Umar Akmal again pulled off a successful catch. Next in was skipper Mushfiqur Rahim who did the most of the work of along with Shahriar Nafees. The partnership looked to be unbreakable as they went on batting and scoring individual half-centuries. The partnership aded 112 runs before Nafees got dismissed for 63. It was a very composed innings from Nafees at the right time that helped his team get to a comfortable position even when he was sent back.

Mushfiqur stayed at the crease and got a change in role as hard-hitter Thisara Perera joined him at the crease. He took an over to settle down at the crease but then went big and so did Mushfiqur. Perera’s 24-run cameo was a crucial addition to the scorecard along with Mushfiqur’s unbeaten 81 as the Bulls put up the highest total of this season of BPL.

The bowling remained pretty disappointing from the Kings. They had names like Mehedi Hasan and Kesrick Williams who have grabbed attention with their performance in international level but failed to bag a single wicket in the innings. They failed to take forward the start Farhad Reza had provided. Sammy’s contribution helped them break the biggest partnership but it came late. 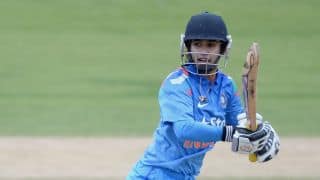