McMillan was particularly impressed with the drift Shah got while picking the wicket of Taylor in the first innings.

Pakistan bounced back in the second Test against New Zealand with a convincing innings and 14-run win, courtesy Yasir Shah s record equalling 14 for 184 in Dubai. Had the legspinner snapped one more, he would have gone past the great Imran Khan, who took 14 for 116 runs the best bowling figures registered by a Pakistan bowler in a Test against Sri Lanka in 1982 at the Gaddafi Stadium in Lahore.

New Zealand needed 328 to make Pakistan bat again. Resuming their overnight score at 131/2, the BlackCaps were bundled out for 312 in the last session of the penultimate day. “From a batting point of view, you just have to be so precise and clear with your batting plan, especially against Yasir Shah who was outstanding,” batting coach Craig McMillan was quoted as saying by ESPNCricinfo.

On the brighter side, New Zealand improved with their batting after being skittled out for 90 in the first innings. McMillan hailed the performances of Ross Taylor, Tom Latham and Henry Nicholls who got fifties in the second innings and provided their example on how to counter the spin of Shah.

“And we saw, certainly in that second innings, some improvement, from the likes of Taylor and Nicholls and Latham, who batted a long time out there and showed what was possible. It didn’t happen in the first innings it would have been a very different Test match if it had happened but the guys are learning. We need to learn a bit quicker and get it right, I guess, in that first innings of the third Test.”

McMillan was particularly impressed with the drift Shah got in picking the wicket of Taylor in the first innings when asked how difficult it is to negotiate Shah, who needs five wickets in three Tests to become the fastest bowler to 200 wickets.

“Right up there, in terms of quality,” McMillan said of Yasir’s bowling in Dubai.

“The drop and the drift that he was able to generate, especially in that first innings, in that spell, was as good as I’ve seen, and that was one of the things that made Shane Warne so difficult to face, that drift, and we saw that with a couple of dismissals that he bowled – the likes of the Taylor dismissal, that late drop and drift.

“It just takes the bat out of line, so you have to take your hat off to him and say that it was an exceptional bowling spell. I think Mickey Arthur, the Pakistan coach, labelled it one of the best spells of legspin bowling that he’d seen, so that makes it even more challenging for us, but the great thing was we saw guys adapt and get better in that second innings, and they trusted those plans, and they were able to put them into practice for a period of time – we just need to do it for longer.”

New Zealand face Pakistan in the deciding third and final Test which begins on December 3 at Abu Dhabi. 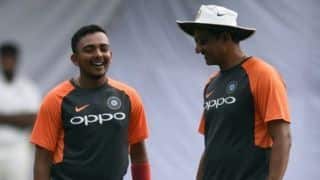 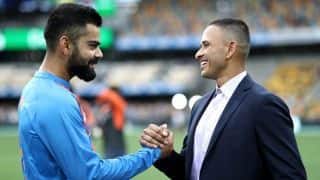