Under attack for choosing unfit players for the England Test series, selection panel chairman Krishnamachari Srikkanth on Sunday said that batting failure and not fatigue due to excessive cricket was the main reason behind the debacle. 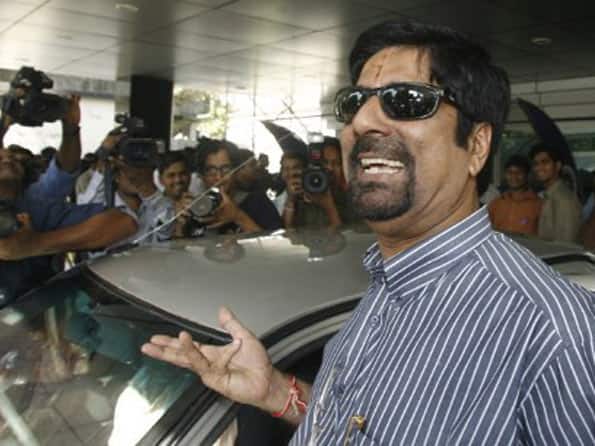 Under attack for choosing unfit players for the England Test series, selection panel chairman Krishnamachari Srikkanth on Sunday said that batting failure and not fatigue due to excessive cricket was the main reason behind the debacle.

Srikkanth refused to buy the line that Indian cricketers play excessive cricket and that has led to fatigue and niggles to Mahendra Singh Dhoni’s men during the England Test series which they are now trailing 0-3 with one match to go.

“If you see the Future Tours Programme, all countries are playing cricket 365 days a year whether England or Australia.

It is not the Indians only. The fact is that cricket is being played the whole year in whatever format — Test, ODI or Twenty20. So I don’t think that it is the fatigue factor for the performance in England,” Srikkanth said.

“We have to accept that England were the better side and they won the series. Batting did not click for us. In the Indian side, if batting clicks everything clicks. We also did not do well in bowling and fielding. England bowling attack is ideally suited for the conditions. Their three pacers were able to extract the maximum from the pitches which suited them more than our players,” Srikkanth told PTI.

Contrary to Srikkanth’s claim, India played double the number of Test matches than Australia in the past one year.

Asked if the selectors knew strike bowler Zaheer Khan’s injury before being picked for the England tour, Srikkanth said, “I don’t think that we should go deep into the injury issues. If Zaheer is unfit then he is unfit. It’s not the time to point out who was injured and who was not though there is no excuse for the series loss.”

The former captain refused to put the blame on the Cricket Board, the selectors and also the players for the humiliation in England.

“Let us not indulge in the blame game — on the players or the administrators or the BCCI. Nobody is to be blamed and it’s not the time for that. It is just that we are going through a bad phase,” he said.

“It is a fact that our top five batsmen have not clicked in the series so far. But the same bunch of cricketers have been doing well during the last couple of years. The same combination had defeated South Africa in South Africa. It our bad luck that in this particular tour nothing has clicked for us,” said Srikkanth.

India were dethroned by England from the world number one Test rankings after the series loss but Srikkanth expressed hope that the country will regain the top spot soon.

“We will always strive to be number one but at times it is difficult to remain at the top. We have to accept facts and take corrective measures to see that India is back on top again. I am confident that we will regain our position at the top in short time. Instead of blaming each other, we need to work collectively to pep up the team.

“It is important that when our team’s confidence level is low, people like us have to do things to boost their morale from outside. When the chips are down we have to encourage them and be behind the team so that they come back. I am confident that India will come back strongly,” said Srikkanth.(PTI)