Former Australian cricketer Greg Chappell opines that the use of helmets, bowling machines during the nets session have resulted in change in batting methods. 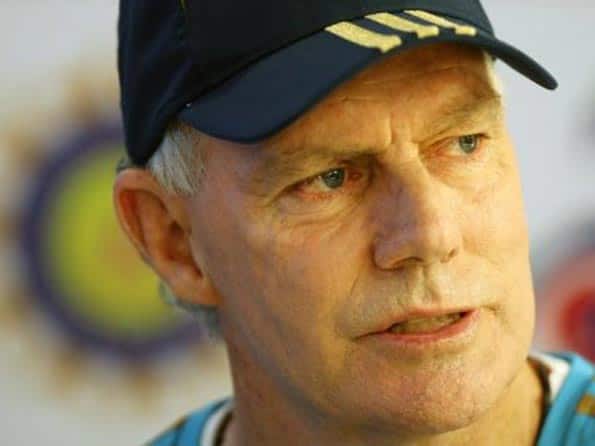 Former Australian cricketer Greg Chappell opines that the use of helmets, bowling machines during the nets session have resulted in change in batting methods.

“The extra weight in the helmet has caused batsmen to stand up straighter to keep their head upright so as to manage the weight of the helmet. What this has done is put the batsman’s weight back more into the heel which makes getting the feet moving more difficult,” he wrote.

“The old bat-tapping stance generally took the head slightly to the off-side which brought the batsman’s weight to the ball of the foot which is the ideal place to be if speedy initial movement is an advantage; the added bonus is that the eyes are in-line with the off stump in this stance,” the former Australian skipper wrote in his column for The Hindu.

Chappell believes that the use of bowling machines from shorter distances is affecting the technique of the batsman.

“Next is the ubiquitous bowling machine which was a boon for the coach, but, which has had a negative effect on footwork. By removing the bowlers action from the learning equation we have unwittingly removed the most important part of the learning process for young batsmen to get their timing in-sync with the vagaries of each bowlers’ action,” he wrote.

Chappell warned, “India could do well by avoiding the trap of following England and Australia down the path of introducing bowling machines ‘en masse’ to the coaching environment. Machines also promote a short stride to the ball with a consequent throwing of the hands at the ball. It is not surprising that so many batsmen inside-edge the ball onto their stumps with this method.”

“Throw-downs can promote a similar action when what is needed is a smooth, long stride as close to the ball as possible with the hands coming into the action at the last possible moment. Proper use of the lower body is essential to allow the upper body to work as required,” he added.

The former India coach also believes that the use of heavy and long bats is not good for all.

“The bigger bats that are in vogue now are great for hitting the ball harder and more forgiving for off-centre hits but they also breed lazy footwork because one can get away with less than centimetre perfect footwork; if the ball is not moving.”

“They are also more difficult to get started because of their weight so the modern phenomena of batsman standing up straight with bats already cocked-up has become more prevalent. Tony Greig has a lot to answer for being one of the first to make this method popular. Not only does this stance put the weight back on the heels, it also prevents the natural cocking of the wrists which, in turn, allows the body to work more efficiently.”

“What they don’t have is his creative mind that is the main reason why he is in a class of his own. The best thing we could do for future generations is to make sure that they learn batting with light bats, lighter helmets and that they are encouraged to use their legs properly to give them the foundation to counter the challenges that they will face with a moving ball,” he concluded.

SCG to get a facelift ahead of 2014 Ashes series