After winning the Indian Premier League (IPL) title with Mumbai Indians (MI) and the Big Bash League (BBL) 2016-17 title previously with Perth Scorchers, Mitchell Johnson could have retired on a high. However, the Ashes 2013-14 hero feels that T20 leagues are now becoming a format for the older guys to keep themselves occupied.

Johnson is all set for another BBL campaign, having resigned with Scorchers. This would be his second BBL campaign after helping Scorchers to the title last year. He was the leading wicket-taker along with setting record of multiple maiden-overs.

He recorded the most economical spell in BBL history with figures of 3-3 in the semi-final against Melbourne Stars. Johnson accepts he cannot resist playing in front of packed crowds, especially after lifting the IPL title this year.

Returning for another season is a pretty easy decision when you’ve got a team like the Perth Scorchers. Not only have they played well over the years, but they’re also a great bunch of blokes. I also feel like there’s some unfinished business. I want to help the team go back-to-back and, given this is the last season at the WACA Ground, I really can’t wait to get back out there and enjoy the atmosphere the amazing crowd creates, Johnson told cricket.com.au.

Off the 18-member squad, Scorchers have now filled 15 of them. They are yet to name their overseas players. 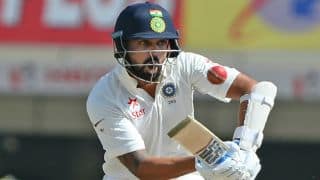 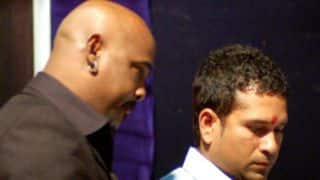