Klinger, was, till recently, the highest run-getter in BBL history before Brisbane Heat skipper Chris Lynn eclipsed his tally of 1917 with a half-century against Perth on Friday

Australian domestic veteran and Big Bash League s prolific run-scorer Michael Klinger has announced his departure from BBL side Perth Scorchers at the end of the current season.

“I would like to announce that this will be my last season with the Perth Scorchers,” Klinger said on Saturday as reported by cricket.com.au.

Klinger, was, till recently, the highest run-getter in BBL history before Brisbane Heat skipper Chris Lynn eclipsed his tally of 1917 with a half-century against Perth on Friday.

“I have fantastic memories of my time with the Scorchers and I d like to thank my teammates, coaching and support staff and all our fantastic fans for making my time so meaningful and enjoyable at this great club. Also, a huge thank you to my family for their continued unconditional support.

“Looking forward to what the future holds for me in cricket either on or off the field. Go Scorchers!!, he further added.

This year, Perth are at the bottom of the table with just three wins in 12 matches. Klinger too had had a lean season so far scoring just 115 runs in nine matches.

“This season so far has not gone to plan for both myself but more importantly the team and I m looking forward to seeing the Scorchers get back to the top where we belong next season, said Klinger.

While it is unclear whether the 38-year-old, who played three T20Is for Australia, will ply his trade in the BBL with another team, he will be playing in the UKT20 competition later this year. 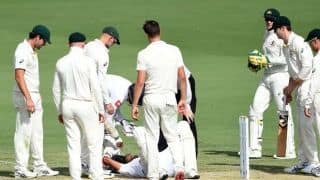 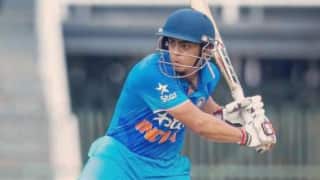