Rashid edged out Jon Wells in the player-voted award after another impressive BBL season.

Afghanistan legspinner Rashid Khan has been named the Adelaide Strikers‘ Most Valuable Player in the Big Bash League for the second year in a row, making him the franchise’s first player to win the prize in succession.

Rashid claimed 19 wickets for Strikers in the recent BBL, a franchise record and the joint fifth-most in the tournament’s eight-year history.

He finished the BBL with an economy rate of 6.14, which was the second-best for all bowlers. Rashid also scored 93 runs at a strike-rate of 166.07.

His all-round success saw him pip team-mate Jon Wells in the votes by the Strikers squad. The other contenders were Colin Ingram, Jake Weatherald and Ben Laughlin.

Adelaide finished second from last in the BBL leaderboard after winning just six of 14 games. 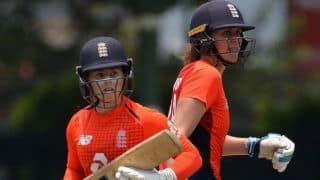